Update From Transylvania County: Is Our Future Now Behind Us? 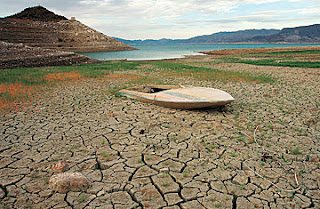 It’s a few days after the mid-term election of 2022 in Transylvania County, North Carolina. I’ve read online that Democrats won seats across America beyond expectations, but, even from the top of this mountain, I can’t see one who did.

I also read that national analysts have colored our purple state red. Overnight. I feel disoriented, as if the future is somehow behind me.

Halfway down the mountain, I stop to watch some monarch butterfly stragglers on their way south to Mexico. I hope they come back a thousand fold.

From here I think I can see the dome of the State House in Raleigh, faintly glimmering far off to the east. Is that Governor Cooper with Attorney General Stein, stranded on a blue Democratic island in a red Republican sea? No! It turns out the NC Legislature is still hanging by a blue thread.

“But the state Supreme Court,” I think, squinting into the distance. “We’ve been so fortunate that a 4-to-3 majority of justices have supported the Governor.” Wait! A ceremony appears to be going on and two blue robes are turning red. It’s now a majority of five red to two blue!

From miles away a slight breeze cools my spirit; the door to the Chamber of Justice has just slammed shut.

I put on my sweater against the chill and go down to my county where it’s still Election Night. A loud party is going on in the camp of the Red Caps. I’m curious, so I walk over to a stout, bushy-whiskered figure in shorts and ask him for a comment.

“I’m standing in the back of the GOP headquarters celebrating,” he explains.

Then a small woman in a dress and very high heels briefly appears from the shadows. She’s murmuring something noncommittal, such as, “I’m pleased and excited.”

During the campaign, these two new School Board members told voters that it’s ok to arm teachers. This, they said, would keep the children safe during AR-15 rifle encounters.

So, now with the School Board at four red and one blue, we can expect … but I turn my head away.

Our schools do need attention. For years the Commission Board has chewed over the same question, “Should we or should we not spend your hard-earned tax money on more buckets to catch rainwater in classrooms?”

Once when the commissioners were close to a decision on this, one of them said, “Ok, but not one penny more.” As his words hung in the air, inflation pushed up the cost to 10 pennies more, and the project was again put in question.

Coming back to the reality of tonight’s revelers, I think, “Maybe the newly elected Republican Commissioner will finally talk the Board into helping out the kids!”

In his campaign T-shirt, he’s easy to find. “Excuse me," I say to him. “What will you do now for the people?”

“I’m enjoying my victory and will discuss my priorities later,” he says. “I’m trying to have fun here.”

This energetic fellow must have seen my confusion over what leadership should look like, because he twirled back around and added, “I did a lot of jobs and nobody was ever disappointed.” Then he disappeared into the shadows. 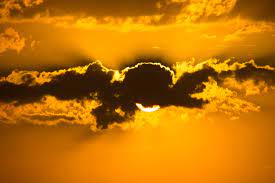 So that was my mid-fall night’s dream. But this morning the sun came up on a world that still needs our care.

I know in my heart that you don’t suddenly stop caring about the Earth, about each other or about health, education, voting rights, or human rights. Respect for the truth, for the law equally applied, and for social differences — all this matters today as much as it did a week ago.

When you care about something going wrong, you show up. You speak up. And then you realize you’re not alone. The door to our county Democratic Headquarters is still open.

Posted by J.W. Williamson at 11/15/2022 09:09:00 AM
Email ThisBlogThis!Share to TwitterShare to FacebookShare to Pinterest
Labels: Transylvania County, Trumpism