The Vampire Candidates of Transylvania County

This fall there are two open seats on the Transylvania County Board of Education, with four candidates in the running. The two Democratic candidates include one incumbent. You can see their pictures on the county Democratic Party website.

On the other hand, the two Republicans for school board are missing from their website’s picture gallery of candidates. They are known to the general community mainly by rumor, though there have been a few sightings.

Chris Wiener flies a Three Percenter flag in his front yard in Brevard, although he has said he doesn’t belong to that group because it’s not really a group.

At a 4th of July festival a few years ago, Chris recruited passers-by for the Convention of States, an organization that advocates limiting federal powers. His campaign yard sign claims he is a Christian Constitutional Conservative, with an elephant logo that suggests Republican.

Chris’ Facebook page celebrated July 4th with a call to arms, below. You could say this meme is just American history theater, but his Facebook likes include 1911 Builders (of handmade guns), 2nd Amendment Rights, and 2nd Amendment Supporters. Look them up. 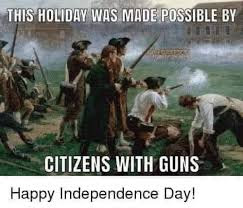 At the August 23 school board meeting, Wiener used public speaking time to read Lincoln’s Lyceum speech, ending with, “… nothing left to be done in the way of building up, he would set boldly to the task of pulling down.” Was this a campaign speech about his intentions for our county school system?
The second Republican school board candidate, Tanya Dalton, has been seen recently at a meeting of the local chapter of Moms for Liberty but reportedly did not speak there. She has been known to speak, however, for her husband Jake, an incumbent Transylvania commissioner who is also on the ballot this fall. In one of his campaign videos, filmed outside a church, Tanya smiles up at Jake and tells us she “got him” with her ”sweet tea.”

Barring an unexpected public statement, it seems fair to assume that a vote for Tanya will be a vote for Moms for Liberty. What does she want?

Moms for Liberty works with right-wing funding and Heritage Foundation strategies to replace school boards across the country. They use “parents’ rights” to rally “war moms,” overrule school administrators, and direct school policy, to ban and remove from school libraries books with racial, gender, sexual, historical, or “emotional” subject matter and replace them with their own, and to maintain a watch list for intimidation and offering bounties for teachers who don’t comply. If masks and other Covid precautions become important this winter, Tanya will fight them.
Deda Edney is a Transylvania County voter who writes a regular Substack blog, "Postcards from Deda."
Posted by J.W. Williamson at 8/25/2022 10:20:00 AM
Email ThisBlogThis!Share to TwitterShare to FacebookShare to Pinterest
Labels: public education, Transylvania County, Trumpism