Election Predictions I Just Grabbed From My Email

Yes, Tiffany, there's still a platform called email. I actually get some valuable ones, in amongst the hundreds of instant deletes, like the ones I get from The Assembly, a newish on-line magazine featuring investigative journalism focused exclusively on North Carolina. (Warning: I pay a monthly subscription to get The Assembly emailed newsletter, but I see no reason I can't share some of it on this blog. Here's where you can sign up for your own thrice-weekly newsletter, for a special prize all for signing up.)

Something To Mull Over

A Republican strategist predicts that if Democrats aren't up over Republicans in state-wide races by at least 100,000 votes when the Early Vote is counted (and it's always counted first in North Carolina), then it will indeed signal a Red Wave that will accomplish all the bad stuff that was ever conceived by the mind of Homo sapiens.

Everyone will be watching Beasley v. Budd, but here are some others that may signal waves:

NC Senate Dist. 17: Democrat incumbent Sydney Batch v. Republican Mark Cavaliero. I haven't researched and written about this race, though I was a big fan of Batch's in 2018 when she first ran for NC House. Batch was beaten for reelection by Republican Erin Pare in 2020. Then she was appointed January 2021 to the Senate seat vacated by Sam Searcy.

NC Senate Dist. 18:  Republican E.C. Sykes v. Democrat Mary Wills Bode. I did write about this race in July, long before I learned what a religious absolutist Sykes has been and the fact that he evidently fakes a residence (camper van) in a district where he truly does not live.

Whitney Ross Manso, poly sci prof at Meredith in Raleigh, named one of the US House races:

NC-13, for the open seat vacated by Ted Budd: Democrat Wiley Nickel v. Republican super-shopper Bo Hines. Hines is well known to us because his district-hopping was originally against Virginia Foxx for a primary in the 5th. Here he was in his rising glory, slightly before he settled on the 13th CD as his path to right-wing greatness.

Look to lowered Republican margins of victory in "countrypolitan" counties like Johnston (suburban spillover from Wake) and Union (spillover out of Meck). Trump took Johnston Co. in 2020 with 61.38% of the vote; Trump took Union that same year by almost exactly the same 61% margin. If Democratic performance is better than predicted, sez Mac, "if Cheri Beasley can lead a trimming of usual Republican margins in such places, Democrats could have an unexpectedly good election night and a new demographic reality could be emerging in North Carolina politics."

The Bo Hines v. Wiley Nickel congressional race is on all ballots in Johnston Co. McCorkle's dream could propel Nickel to that seat. Nickel could in fact be helping Beasley too. 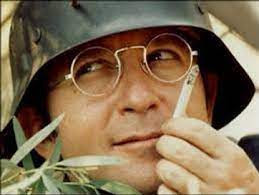 In Union Co. it's the 8th CD, featuring the ever toxic Republican Dan Bishop v. Scott Huffman. If Huffman did better than expected -- yes, that could signal something good for the progressive presence in NC.

The Real Possibility That Neither Party Wins Big

Mac McCorkle's ... warning (?) -- "So an outside possibility exists that split-ticket voting among a crucial segment of unaffiliated and other independent-minded voters could lead to a scrambled mix of wins and losses between Democrats and Republicans in competitive races up and down the ballot. Such paradoxical election results could confront both parties with a complicated and interesting new political day."

Posted by J.W. Williamson at 11/06/2022 01:21:00 PM
Email ThisBlogThis!Share to TwitterShare to FacebookShare to Pinterest