Starting Over From Scratch

After today, no matter what happens, #democrats need to shred their messaging memos, stare into the abyss of the American id, and start over from scratch. 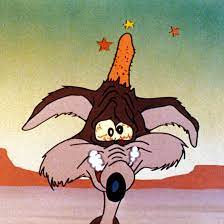 Those of us who have been organizing and strategizing on the county level for over 30 years know from stupid. The fact that no one in the high-up offices pays us any attention is generally a blessing, leaving us alone to practice the right way what we've learned the hard way, but being ignored is also a burden when you can't get the mailing lists you need because someone at the state party is guarding data like it's the Crown Jewels.

It's also bad when the state and national Party apparatuses, or individual candidate campaigns with lots of money for high-dollar consultants, set their messaging around polling that's just plain off its rocker -- as some of that polling was leading up to last Tuesday. We all gotta stop listening to talking heads, even those doom-scrollers among us like me.

Timidity, being afraid to say outright what you believe, has taken over in much of the Democratic Party of the Old South. Shyness about ideals has been building actually for decades, and I'll tell you who hates it the most -- Gen Z and the Millennials, the very young voters that the state Party should be talking to all the time, registering them every year and not just in election years, getting them out to vote in municipals as aggressively as we do for even-year general elections. 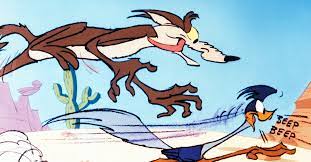 Patting the youth vote on its head via social media for the two months before a big election doesn't cut it. Because "Twitter ain't real," as the youngest member of the Boone Town Council argued on this site following last May's primary. Having big Twitter followings or Facebook likes or cute TikToks doesn't mean you've earned any votes.

Twitter ain't real and neither, for that matter, is any social media if Democratic candidates are relying on it exclusively as an easy button-pushing excuse for not getting their effing boots on the actual effing ground. Why was turnout in North Carolina so down this year? Why especially was the Gen Z vote, so startling in other states, not spectacular in North Carolina? Social media is not voter engagement. It is too often an excuse not to do the actual hard work of voter engagement.

We need a statewide summit of Party activists and operatives -- please gawd, no candidates! -- to hash it out and suggest what "starting over from scratch" might look like, and then we need some Party leadership to put those goals into action.

Maybe the problem is your message, not just the messenger.

The problem is that neither party addresses the real human problems we suffer, instead being always attuned to the needs and demands of their contributors.

Political parties and politicians are the cause of most of the country's problems.

Political parties are just two sides of the same coin.

Along with academia, media, and crony corporations they form an oligarchy.

We are on our way to a two-class feudal society.

Wolf,
After reading many of your posts, I am unsure of what type of society you would find acceptable. You speak with disdain about politics, academics, media, and corporations. I feel that you would accept some form of these, but you are not clear on what form is most pleasing. You have spoken about individual freedom and a regulation free business environment. My feeling is that would be chaos.

What is your vision?

Thank you for your time.

You may be baiting the wolf, but here it goes...

One hundred Senators,
in their sinister pack,

And two in the Whie House,
who could be more dumb?

We no longer have the equal rule of law, which is a big problem. We have a divided justice system; everyone is not held to the same standards under the law across the US.

Politicians make laws to favor donors, and harm competition. They tax workers and corporations pay little or no tax.

The politicians you vote for have no interest in the American citizen. They are interested in power, and you give it to them.

Don't like Big Oil? Think that petroleum is going to kill the planet with global warming?

On Biden's first day in office, he declared war on carbon fuels. That DIRECTLY caused the price of oil to skyrocket, because he artificially limited the supply and distribution of a vital commodity instantly. It was market interference to appease his backers.

Who profited? The oil companies, BIG TIME. Biden instantly made all the oil they had on hand, in their reserves and oil fields double in price and more, all for no additional work or expenditure on the oil company's part.

Now all of us have to pay more money for energy to stay alive, and it goes to the oil companies, not climate change or green new deal or whatever claptrap you believe in.

I'm sure those folks in Avery County who are paying $6.19 a gallon for kerosene to heat their homes thank you.

I believe in limited government, individual freedom, and equal treatment for all. No foreign wars, no alliances with pedophiles or drug lords. Our government divides us, not unite us. It treats each of us differently, playing us against each other to gain votes to keep them in power.

Today I see there is a brewing scandal about the crypto billionaire who happened to be Biden's #2 donor. Seems money sent to Ukraine was invested in his company which donated it back to the dems. Only $40 million of the billions invested, which is pretty stingy.

How does this happen? How does billions of the people's money just disappear?

We had a constitution once; it is pretty much dead now. it wasn't too bad except the Framers forgot one truth, governments fundamental priority is self-preservation and growth.

Not the welfare of its citizens.

No government system is perfect. Ours is no exception. What system do you suggest as a replacement?

Get the US government back within its Constitutional confines, with a few deductions and additions.

ADD: Term limits on all office holders, even appointed ones such as the Supreme Court, repeal 16th Amendment, government SHALL provide attorneys for both sides in cases of government vs citizen, Congresscritters limited in income and benefits while serving to that of an 0-1, Second Lieutenant, military member, and their wealth put into a blind trust while serving.

AND creation of new states when their population exceeds 10 million. This prevents Super States with overwhelming power in Congress, such as California, New York, Florida and Texas. This would give the new states 2 Senators and at least one Representative to distribute power better among the people.

In my work, I get the opportunity to talk with many young people in central North Carolina and it's disturbing when I run into so many that share the basic values of the Democratic Party, but are usually registered as unaffiliated and, quite frankly, feel no motivation to vote.

What I hear from these young people is that they care about climate change, the incessant hand-outs to the rich by Republicans, and are concerned about other issues like police accountability, the racism and suppression of minority votes by the right, and hostility towards LGBTs.

But, when it comes to the Democrats, I constantly hear GOP talking points coming out of their mouths about Biden, Harris, or "special interests" and they never listen to FoxNews.

One conversation recently really bothered me. A young person was on the verge of tears on the day Trump announced another run, absolutely convinced that Biden was "too old", Harris was incompetent, and that he was sure Hillary would run again, repeating all the right-wing propaganda about these figures and basically saying he can't stand it and is just going to turn off the news.

It's more than social media and "getting boots on the ground". The GOP - and the NC GOP in particular - has been controlling the message about what the Democrats stand for and who they are. The Democrats and the NC Democratic Party in particular has been tepid to respond, if they respond at all.

I really worry about the future of NC and the US in general. The conditions really do look like many countries that have devolved into regional political violence or even civil war - an authoritarian movement or party that engages a highly motivated minority and an opposition liberal/democracy party or movement, stuck in their old ways of doing things, that just can't respond to the threat.

Best thing to do is not listen to the network news, it's all horsesh*t anyways, and folks get worked up over things that are constantly changing.

I got rid of cable/tv long, long ago, and gave up on watching tv news long before that.

Spend your time improving your life, and that of those you care about rather than wasting time listening to talking heads.

Find a trusted news source, watch what is happening around you. What happens in your county affects you more than Washington or Raleigh.

There is no longer any common ground in the US.

My personal belief is an amicable divorce would be better than civil war, but that's up to you.