Ricky Hurtado is the only Hispanic member of the NCHouse, representing HD63. Against considerable odds in 2020, Hurtado flipped this seat from red to blue, the only House seat to flip to Democrats in 2020. The Republican incumbent he beat, Steve Ross, was a country-club establishment, former Wells Fargo executive who has nevertheless gone full Trumpist in his attempt to retake his seat from Hurtado this year.

A photoshopped photo of Hurtado was mailed to voters in HD63 with his T-shirt altered to "Defund the Police," a nasty smear of a good man. I was first alerted to this by Sen. Jeff Jackson. 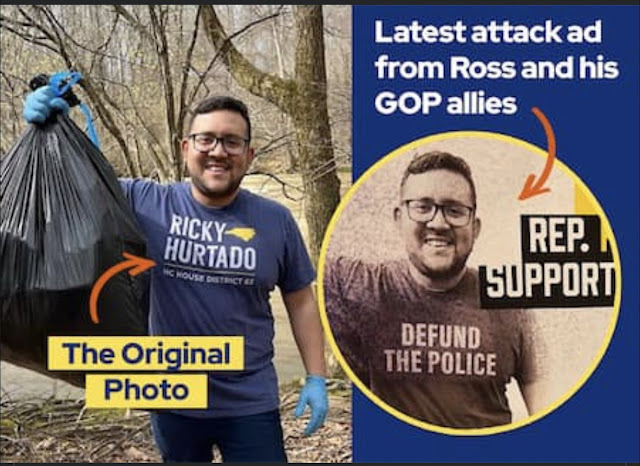 Not sure whose name is on the "Paid for by" disclaimer (assuming there is one), but Carolina Forward says it's the NC House Republican caucus cooking up this lying shit with dough from a dark-money PAC, @joinclc.

They did one on Rep. Terence Everitt in HD35 (and no telling who else). 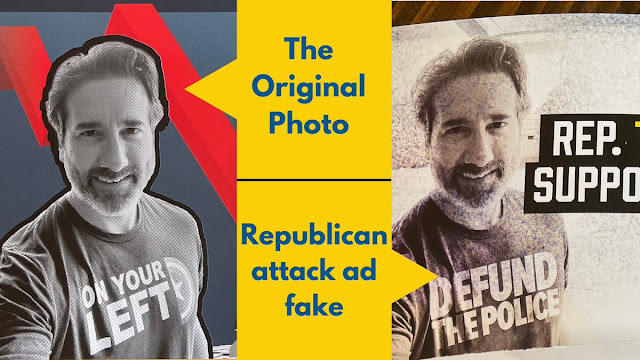 It's their identity as a political party. It's in their DNA.

This, from the party that beats police with the flag on the Capital steps.

This needs to be a lawsuit for libel with widespread news coverage.