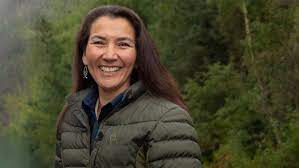 Democrat Mary Peltola, a native Yu'pik woman, beat Sarah Palin last night in the Alaska special election to serve out Rep. Don Young's term (Young died in March). It was a "ranked choice" election, and all the candidates ran together in a scrum of nine. Peltola beat Palin with 2nd choice votes.

Peltola is 49, a former 10-year veteran of the Alaska legislature, and a preservationist/community activist. Blake Hounshell in the NYTimes: "She ran a relentlessly upbeat campaign that implicitly contrasted her reputation for kindness with the bombast and penchant for drama associated with Ms. Palin, even though the two women have been friends since serving together in the Statehouse as expectant mothers. They even exchanged text messages on the day of the general election for the temporary seat, with Ms. Palin advising Ms. Peltola to dress warmly for her final round of canvassing."

“I think respect is just a fundamental part of getting things done and working through problems,” Ms. Peltola told reporters as the first votes rolled in.

According to NPR, Palin never attacked Peltola, possibly because of their old bond, though Palin went after her chief Republican rival, Nick Begich III with the usual Palin slashes and insults. Meanwhile, Palin was calling Peltola "a sweetheart." Peltola also did not badmouth Palin, telling NPR, "The region where I'm from, there is a big premium on being respectful, on not using inflammatory language or harsh tones."

And vanquished Trumpism. In Alaska. Which is pretty damn Republican but also pretty damn independent. Palin had been pleased to share the stage in Anchorage with Trump for a rally and endorsement. "Don't retreat. Reload," was her mantra. That's the school-yard pugnaciousness at the heart of Trumpism. Mary Peltola slew that bully. 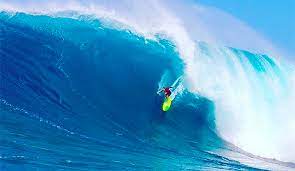 Plus people are getting sick of it -- that Trumpist swagger, that I'm-armed-and-not-afraid-to-use-it attitude and penchant for intimidating, or trying to intimidate, people.

What I wrote on August 4, immediately after the Kansas Surprise upheld abortion rights: "I feel the pincers that grip the GOP right now, because I'm squeezing as hard as I can. Biden's not the issue this November. The Republican Party is, as it's been transformed by Trump and his flying monkeys of Cruelty and Fraud."

Wouldn't it be something if the perfect storm of aroused female electorate plus Trump fatigue actually produced a Blue Wave this November?

Posted by J.W. Williamson at 9/01/2022 07:58:00 AM
Email ThisBlogThis!Share to TwitterShare to FacebookShare to Pinterest
Labels: Mary Peltola, Sarah Palin, Trumpism