Is There A Quick Fix For Our High Country Housing Woes? 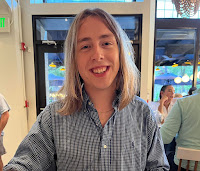 Housing is the issue, and it has been for quite some time. The Housing Council — a group that was created from the ambitious and successful series of housing forums conducted earlier this year -- has been working towards some possible solutions, and they’ve got some great folks on the case. This energy isn't only relegated to activism. Local elections may now hinge on the issue.

Still, as time goes on, it seems like a quick local fix to the housing crisis is nearly impossible. While some published articles (like the one in the recent NC Business Magazine) provide a prescription of extending town services out of town, allowing development with little regulation (and in turn creating a potential disaster for our natural environment — see The Cottages), most data doesn’t really support that. See Oregon, where once they eliminated those pesky zoning laws, rental rates actually increased.

Even more troubling, housing can be framed as a NIMBY v. YIMBY choice (Not In My Back Yard v. Yes In My Back Yard) that introduces a level of polarization to an issue that otherwise typically should create some unity. While I don’t strongly identify with either NIMBY or YIMBY, I can say this — We desperately need more housing, but I have never been a fan of giving the keys to developers and expecting them to do the right thing. Boone has been bitten in the ass by this countless times.

Then we have our Congresswoman, Virginia Foxx, writing an Op-Ed damning local regulations and championing the cause of the YIMBY, all while never participating in any of the housing movements in her district. I could write a whole piece criticizing her, but she’s been in Congress since before I was born, so her inability to improve the district she represents speaks for itself.

I’ve said it a few times, to little effect, but Boone has tried already to deal with some of these issues, so some solutions are already in place that we can utilize. I’ve continued to reexamine our minimum housing code for the safety of tenants and have introduced an agenda item for breaking up the discrimination happening in student rentals, which would open the market in an impactful way (the only items related to housing affordability/safety since the Air-BNB regulation in December of 2021). Boone even recently tried to adopt a penny for affordable housing on every hundred dollars of valuation, though we ultimately compromised by moving the revenue equivalent from our general fund.

In April of 2020, the Town Council introduced a resolution detailing some of the very problems newer housing groups have identified. It gained some traction, resulting in a response from the state’s Attorney General. However, our two state representatives, and ever passionate-about-housing-Congresswoman, did nothing. Here are the items that Boone asked our reps to take action on:

The $800 per apartment in non-refundable fees to pursue credit checks on tenants and their parents, while potentially not using that money for a credit check.

Landlords not publishing or disclosing certain rental charges and non-refundable fees imposed until the tenant applies for housing.

Fines on tenants, which are not disclosed or directly included in the leases in some multi-family complexes, that make tenants abide by rules and regulations made by the management, which they can freely alter.

Renting by the bedroom, but requiring each tenant to guarantee full rent for an entire four-bedroom apartment, even though the tenant may not have any prior relationship with other tenants.

Tenants not being properly or effectively advised of the chance for a property to flood, or of the landlord’s refusal to take responsibility for flood damages until after the loss.

Landlords using leases that are so complex people untrained in the law can’t decipher the many predatory and one-sided provisions.

New pushes like the Watauga Housing Trust provide some of the first local initiatives for affordability. Still, a housing trust model is but one piece of a much larger puzzle. Inclusionary zoning is a prospect for the Town, though the lack of clear mechanisms to hold developers legally accountable poses a problem, further worsened when you realize most inclusionary zoning programs only force affordability for a limited number of years.

The heart of our housing issue is simple — rampant greed in an economic system that encourages it — and since housing activists are working in that framework, we’re already playing against a stacked deck.

Ultimately, we keep trying, and in Watauga that’s thanks to a robust community of passionate activists, but as we watch nearly every other city in North Carolina deal with housing issues, one must wonder if it’s time to hold state legislators accountable.

Dalton George is a member of the Boone Town Council.

Posted by J.W. Williamson at 9/07/2022 07:39:00 AM
Email ThisBlogThis!Share to TwitterShare to FacebookShare to Pinterest
Labels: Dalton George, housing, Town of Boone

Very good artical as a land lord I can say we only charged $30.00 for a credit check those prices are ridiculous