Democratic Heroes Who Are Running Against Great Odds

I've continued to study NC House districts in the western end of the state that are rated "Safe Republican," where no matter how tinted your glasses are with rosiness (or blueness), there's little hope that a Democrat will ever win against such great odds. So that the very act of filing to run as a Democrat is signing on for a suicide mission, and such bravery, self-sacrifice, and commitment deserves recognition. 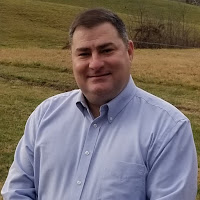 Democrat Alan Jones is a 46-year-old Gen-X-er born in 1973 and a Canton native who is the regional District 9 staff representative for the United Steelworkers, representing union workers in Haywood and Macon counties (Smoky Mountain Local 507). He also owns Alan Jones's Race Ready Motorsports LLC in Canton. He shares nothing personal about his biography and no issue positions on his Facebook page and doesn't have a website.

Rated "Safe Republican." Trump took the district with 73.79% of the vote. 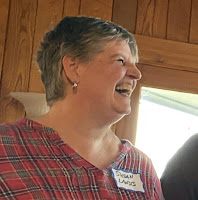 Democrat Susan Landis is a 65-year-old Baby Boomer born in 1955 and a resident of Murphy in Cherokee County. She is president of the Democratic Women of the Tri-County and last month defended the participation of the recently formed LGBTQ Democrats of Cherokee and Clay counties marching with the Democratic Women in local Christmas parades -- participation which apparently inflamed the righteous indignation of some local Christians. Landis was quoted in Clay County's FetchYourNews.com: “The NC Democratic party includes many affiliate groups and caucuses such as Young Democrats and African American Democrats of NC. Our participation in the Christmas parade was not political and no different than a church group or veteran’s group. Other than the required identification of our group by banners or shirts, we simply handed out candy and bells which fit with our Polar Express theme. Although there may be some discomfort or disagreement with any group participating in a public event, our behavior, purpose, and presentation were entirely appropriate for the occasion.”

NCH120 is an open seat. Prior incumbent Kevin Corbin, only in his first term, has opted to run for an open NC Senate seat, and first-time Republican candidate Karl Gillespie has filed to run. 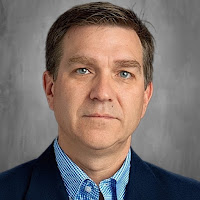 He said, “Today, the issues are real – we have a health care system that is putting the welfare of tens of thousands at risk, a minimum wage held at $7.25, homelessness, once hidden in our communities is a main street issue. A drug epidemic combined with high pockets of poverty that puts the well-being of our youth in danger. And a correction system that has serious safety issues. It’s time the State Legislature got down to business and stopped playing partisan politics. It’s time politicians went to work for the people they represent!”

Ed Hallyburton has a Facebook page, and he published a link to a website -- www.hallyburton4house.com -- but it doesn't work.

David Rogers is the two-term Republican incumbent running for reelection.

Democrat Cecelia Surratt is a 67-year-old Baby Boomer born in 1952. She is the African-American chair of the Morganton Human Relations Commission. In March 2018, Governor Cooper appointed her to serve on the North Carolina Commission on Inclusion, created by executive order to develop “policies prohibiting discrimination, harassment and retaliation in state employment services and contracts under the jurisdiction of the office of the governor.” She previously worked for the state's Department of Health and Human Services at the J. Iverson Riddle Developmental Center in Morganton.

The six-term Republican incumbent (first elected in 2008) is Hugh Blackwell, who is running for a seventh term. 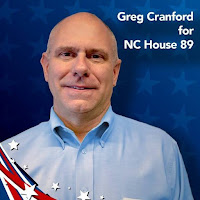 Democrat Greg Cranford is a 61-year-old Baby Boomer born in 1958. He also ran for this seat in 2018, getting under 28% of the vote. He filed for the seat after waiting to see if another Democrat would step forward. “There will be a choice on the ballot,” he said, and proudly embraced the label of "progressive, liberal Democrat."

He is a 1977 graduate of Newton-Conover High School and a 1981 graduate of UNC-Chapel Hill. He returned home to Newton in 2016 to care for his elderly father after retiring as a social studies teacher in Orangeburg, S.C.

Michael Setzer, the Republican incumbent since 1998, was once regarded, according to Cranford, as a more moderate Republican who was raised in a very Democratic family but "has sided more often with the extreme right-wing conservative Republicans in the North Carolina General Assembly during the last session. He cited Setzer’s vote to override Gov. Roy Cooper’s veto of what Cranford called a “very conservative” budget bill as one example of his opponent’s partisan voting.

Ed Hallyburton is not 70 years old, you need to correct that.

A Democrat could possibly win the 118th House district. Madison and Haywood are becoming exurbs of Asheville, and both counties have quite a few Democrats, as does Yancey, surprisingly. Michele Presnell was odious. Good riddance...

OK, Millie, why the use of the descriptor Baby Boomer in each of the bios? To what purpose? As pejorative? Also, Ed Hallyburton is nowhere close to 70 y.o. Even if he were, at least he stepped up to run for office and attempt to serve. What about you, Millie?

My information says Hallyburton was born in 1949. I'd like to correct that if it's wrong.