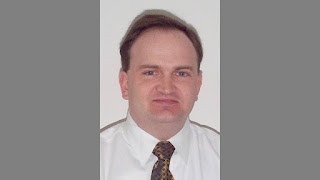 Forsyth County Lawyer Harold Ray Crews, a leader of the League of the South, is scheduled for a hearing before the disciplinary commission of the NC State Bar on Feb. 21 for allegedly mishandling client funds. Crews says he has closed his law firm, and reporter Michael Hewlett with the Winston-Salem Journal says he's also disconnected his phones. The case against Crews looks pretty strong.


Crews has served as the chairman of the League of the South’s North Carolina chapter. The league, which was formed in 1994, promotes white Southern nationalism and was one of the white nationalist and neo-Confederate groups that participated in the “Unite the Right” white supremacist rally in Charlottesville, Va., in 2017. During that rally, white nationalist James Alex Fields Jr. drove his car into a crowd of counterprotesters, killing one person and injuring more than 20.

Crews was at the rally and two months later he obtained an arrest warrant from a city magistrate in Charlottesville for DeAndre Harris, a then-20-year-old black man who was severely beaten by a group of white nationalists. Crews alleged that Harris had hit him in the face with a flashlight. Harris was eventually acquitted of charges that he assaulted Crews. Three men were convicted of beating Harris.

The League of the South was also involved in rallying neo-Confederates to the Pittsboro protest trying to prevent the removal of a Confederate monument at the Chatham County courthouse. The league’s Mississippi state chairman used a Facebook post in October to direct members to show up in the league’s uniform – khaki cargo pants, black combat boots and black polo shirts – and be ready to fight for “our beloved Dixie” and “defend our heritage.”

Posted by J.W. Williamson at 2/10/2020 11:08:00 AM
Email ThisBlogThis!Share to TwitterShare to FacebookShare to Pinterest
Labels: racism