Wish He Hadn't Done That 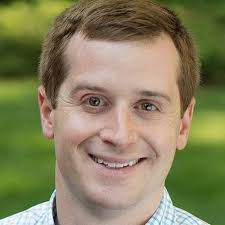 Ex-Marine and Democrat Dan McCready, running in the NC-9 special election, has become, IMO, the poster child for craven politics. Also stupid politics. Scared out of his wits by a Republican attack from NC Sen. Dan Bishop (who's also running for the NC-9 seat in a crowded primary), McCready simply folded. Bishop claimed that McCready must be a far-left loony bird, not to mention probably soft on anti-semitism, because he had accepted a $2,000 donation from Minnesota Congresswoman Ilhan Omar, one of only two Muslim women in the US Congress who has been racially profiled and targeted by none other than our Crook in Chief. Omar gets lots of death threats, so why wouldn't Bishop pile on like the bully he is?

The congresswoman made the donation to McCready's campaign on Election Day last fall. Republican Dan Bishop found out about it and attacked McCready in a web ad titled "Crazy." The ad is unfair, bigoted, ridiculous, and it apparently sent shivers down McCready's spine. So he returned the Omar donation, and issued this statement:


...McCready refunded the donation because he believes there is no place for divisiveness in politics, and McCready did not feel it is appropriate to accept the donation.

"No place for divisiveness in politics" may just be the stupidest thing I've heard a would-be politician say since practicing politician Ronald Reagan said "Facts are stupid things."

Instead of caving and running away from the Dan Bishop "divisiveness," McCready might have turned and faced down Bishop for his history of bigotry against gay and trans people and for his underwriting of white supremacy. McCready could have stood and fought back, like, say, a Marine. There was nothing wrong with the Omar donation, and she's the victim of a racially and religiously motivated Republican mob. In effect, McCready joined the mob.

I was bothered last year by McCready's "flyweight vagueness" on issues, his unwillingness to take clear stands on controversial issues. That shyness now looks like marrow-level weakness and fear. If he's not ready to take on "divisiveness," he's not ready for public office.

Have you forwarded this telling message to the person who clearly is in need of same?