Could the Realtor PAC Up-End the Republican Primary in the NC-9? 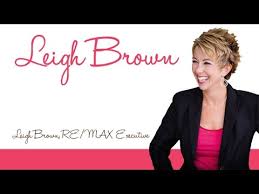 Looks like the Republican primary in the 9th Congressional District special election is about to get explosive. A national realtor PAC is putting at least a half-mil into TV ads to make Leigh Brown the irresistible choice. Jim Morrill in the Charlotte Observer says spending might reach $900,000.

Who is Leigh Brown? A locally prominent Concord RE/MAX executive, a well known and apparently very funny motivational speaker using her successful business career as grist. She's written two books, “Outrageous Authenticity” and “The 7 Deadly Sins of Sales.” People apparently seek her out and want to listen to her common sense, her "outrageous authenticity." She's self-described as "a sassy Southern woman."

She's not on my list of Republicans Most Likely to Win the Primary, which include Dan Bishop and Fern Shubert and maybe Matthew Ridenhour, but not Leigh Brown. (Reminder: the 9th District is where preacherman Mark Harris flamed out. Democrat Dan McCready, who might have won last November save balloting fraud in Bladen County, has no primary opponent. McCready will face the winner of the Republican primary on September 10, if there's an outright Republican winner -- must get at least 30% -- or November 5 if there has to be a primary run-off.)

Ten Republicans are running in the primary. Five of those ten don't live in the 9th District. One of those five is the aforementioned Leigh Brown, or "Leigh Thomas Brown" as she appeared on the ballot (unsuccessfully) for the NC House (District 82) in 2014, the other time she's run for public office.

What gives one pause ... she's something of a "brand" herself and eminently marketable.

People in the metro Charlotte viewing area are about to get a big dose of her, if they have their TVs on. The National Realtors Association PAC ("RPAC" to be exact) has paid for a major saturation campaign about Leigh Brown. Jim Morrill of the Charlotte Observer reported on Friday that they had already committed at least $400,000 for TV ads in the Charlotte market. "Records show that the group is spending $88,325 on ads at Charlotte’s WCNC. A spokesperson for WBTV said the buy there is $328,000." None of the other nine Republican candidates are competing on that level (though others may get the benefit of outside money).

According to housingwire.com, Brown has been a major fundraiser for RPAC and serves as the chair of the RPAC Fundraising Trustees. In other words, she's kind of got the zipper in her hand that opens the purse.

Will that TV spending work to catapult Brown into the top ranks of the primary? Maybe for Leigh Brown, it's the only move that will work.

Why does it matter?
Leigh Brown ran for the NC House in 2014 against Larry Pittman, one of the more notorious Republican conservatives in the NC House, another preacherman who's especially exercised against homosexuality and gay marriage. Leigh Thomas Brown challenged him in 2014 and got a bit under 38% of the vote as the antidote to crazy conservatism. 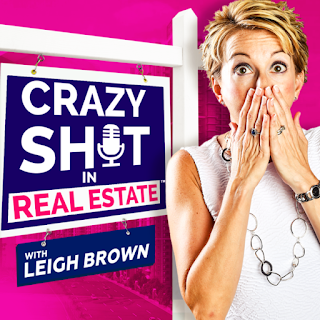 Leigh Thomas Brown was a moderate. And she still looks to me like one of those smart Republican women who find Twitterman an appalling embarrassment. But she knows she has to at least pretend to kiss the emperor's ring.

Reading through her (very slim) website is like watching a contortionist reach for a flag without ever quite grasping it. I want to know her issues, but she twists herself around her own back. Brown says as little as possible about her political philosophy, or any political philosophy (other than the need for more affordable housing, which some people think has a Democratic aroma to it). What she does eke out emphasizes mainstream Republican Gospel -- "create jobs, cut taxes, and reduce regulatory overreach." Sure 'nuf, she uses the "C word" --  conservative -- but without any demonstrable conviction. She's certainly free of the usual conservative icing on top.

How does she deal with DJT? She finally gets around to (barely) mentioning "President Trump" in the next-to-last paragraph of her very sparse biography, "About Lee": "...I will work with President Trump to keep our economy on track." That's it. The safe stuff, keep the economy growing, but no nothing about what defines Trumpism -- no Wall, no "fake news," no exaggeration about how great the tax break was, no climate change denial. No Trumpism anywhere to be seen, and no praise of the man.

But still, so what? Moderate Republicans don't win in North Carolina. More affordable housing is not a big rallying cry for Republicans in the 9th District, is it?