R D Huffstetler in the 5th District of Virginia 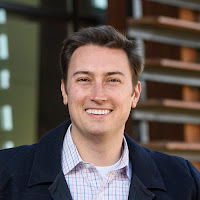 We first took note of the young ex-Marine running as the Democratic insurgent in the 5th Congressional District of Virginia back in January of 2018 ... Roger Dean ("R.D.") Huffstetler. I wrote about him at that time and included a map of that heavily Republican district.

Huffstetler was challenged for the Democratic nomination by an equally impressive Democratic woman, Leslie Cockburn, who had plenty of money backing her, and in a district-wide nominating convention, Cockburn had sewn up enough support to win. Huffstetler bowed to the inevitable, dropped out of the race on the eve of the convention, and endorsed Cockburn. Cockburn went on to lose in November to Republican first-time candidate Denver Riggleman.

R. D. Huffstetler is back for 2020. He announced a week ago. He was an impressive fundraiser in 2018, and the news on Twitter last night was that he's already raised $100,000 in that first week.

I like that he's strongly working class in background, born in Gaston County, NC, to a blue-collar, textile-mill-working family. His father drove an 18-wheeler. He talked frankly in his 2018 introductory video about his parents' struggle with addiction to painkillers, and about his own sense of calling to defend his country after 9/11. He joined the Marines, served in both Iraq and Afghanistan, and after his service got a leg up with the G.I. Bill for higher education at the Harvard Business School. He and his OB/GYN wife and daughter live in Charlottesville.

He might be the one to flip that district in 2020.

Posted by J.W. Williamson at 4/09/2019 08:01:00 AM
Email ThisBlogThis!Share to TwitterShare to FacebookShare to Pinterest
Labels: Leslie Cockburn, Roger Dean Huffstetler