Another Republican Scandal, Another Democratic Opportunity

Rep. Patrick Meehan, Republican representative from the 7th Congressional District of Pennsylvania, a powerful member of the Ways and Means Committee, has just announced that he won't be running for reelection after it came to light that he paid off (with taxpayer money, natch!) a much younger female employee for whom he had a romantic crush (unreciprocated, evidently).

So another open seat in a Philadelphia suburban district that Hillary Clinton carried by two percentage points. 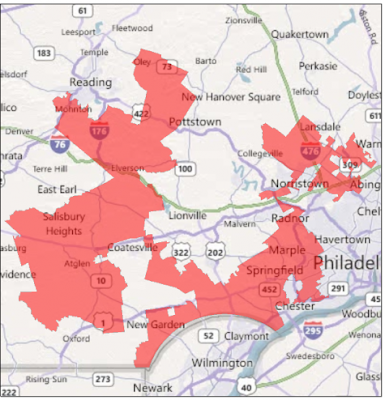 It's an open question whether the 7th will still look like this, come November, as the Pennsylvania Supreme Court has recently struck down all the Pennsylvania congressional districts as illegal partisan gerrymanders and ordered new districts to be drawn immediately -- by February 9.

(Pennsylvania Republicans have asked the US Supremes to step in and stay the order. Considering their recent track record on these issues, The Supremes will probably comply. But how long are they prepared to allow this crap to continue?)

So I'm poking around now to see which Democrats have announced that they'll be running for the seat. First, I discover that the presumed front-runner, a state legislator named Daylin Leach, has already stumbled himself out of the running over -- can you guess? -- inappropriate female touching and "sexualized jokes."

Other Democrats who've announced they're planning to run include Daniel Muroff, a lawyer and former city ward leader; Molly Sheehan, a bioengineer; Drew McGinty, an IT professional with gay parents; and Elizabeth Moro, a real estate broker. Muroff has been endorsed by former Pennsylvania Gov. Ed Rendell, but otherwise this crop of Democrats doesn't appear to be well known. Yet. That can certainly change.

Then early this week along comes a former CIA officer named Shelly Chauncey who announced her candidacy on Monday and who may well upend the race. The Philadelphia Inquirer gave her some valuable press, and the DCCC (Democratic Congressional Campaign Committee) is apparently very interested in her. And get this: She grew up on a "small family farm" in North Carolina, and she graduated from Meredith College with a degree in political science.

Chauncey is 37 and the mother of three. She decided to make a bid for the Seventh because she “can’t sit back and watch our representative go to Washington and support an administration that’s taking away our health care and destroying the quality of our education.”

According to the Inquirer, "On paper, at least, Chauncey has qualities that many Democratic leaders want in candidates: She’s a woman with a national security career and a working-class background."

This will be one important Democratic primary to watch.

Posted by J.W. Williamson at 1/26/2018 10:00:00 AM
Email ThisBlogThis!Share to TwitterShare to FacebookShare to Pinterest
Labels: Shelly Chauncey