Todd Poole Is Out at the NC GOP 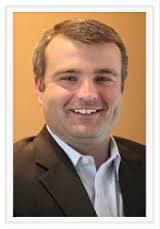 Todd Poole has been executive director of the North Carolina Republican Party for a little over two years, but today he is out of that job ... voluntarily, he says, but we suspect he was shown the door.

If you'll recall, Todd Poole was once upon a time Congresswoman Virginia Foxx's top staffer.

He seems to have gotten crossways with Tea Partiers in the state party. He had been accused of trying to sabotage the new party chair, Hasan Harnett, though we only have a Tea Party blog as a source for that.

It's no secret that new Chair Hasan Harnett's election blind-sided the party establishment. In other words, there's disarray on Hillsborough Street in Raleigh. Disarray not quite as impactful as Donald Trump, but we'll take what we can get.