House and Senate leaders have reached a compromise on teacher and state employee pay and have moved closer to an agreement on overall state spending.

State employees and teachers would receive $750 bonuses this year under the compromise, rather than a 2 percent across-the-board increase the House wanted....

No pay raise for the vast majority of teachers and other state workers and only a one-time $750 bonus. Boy-howdy. A one-time $750 bonus works out to less than $15 per week -- hardly enough to cover gas money to and from school for most teachers. (Although some teachers would receive their contractually-obligated step increases, most teachers who are in between pay steps would get next to nothing this year.)

“Politicians spent months bragging about a $450 million surplus, but they’d rather give more tax breaks to big corporations than make meaningful investments in our public schools,” said Progress NC Action executive director Gerrick Brenner. “This $750 Christmas bonus amounts to a lump of coal for teachers and will only encourage more North Carolina educators to leave the state.”

“Once again it’s a slap in the face,” said Dianne Jones, a veteran teacher of more than 30-years in Wake County. “I just don’t understand why these legislators don’t think we’re that important that they can’t raise our pay to at least the national level.”

“It’s demoralizing,” said Stacy Eleczko, another veteran teacher in Wake County. “We work so many hours, and not to be able to meet basic needs with our pay is just so ridiculous.” 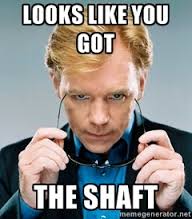 A state budget was due on July 1st and is now 58 days late. Lawmakers have wasted over $1 million dollars in taxpayer money on operating costs and per diem money for lawmakers at the General Assembly. By failing to pass a budget in time for the opening of school for over a million public school students, school districts have been left in the lurch.

Republican leaders in Raleigh have said they do not expect a final budget until after their third self-imposed deadline of August 31. Meanwhile, in the Charlotte-Mecklenburg School system, 500 teaching assistants are scheduled to be laid off if a budget is not passed by September 4.

Gerrick Brenner of ProgressNC said, “North Carolina currently ranks 42nd in the nation for teacher pay, and this budget agreement will likely do nothing to change that. Time and again, voters have expressed their desire to see our state’s teacher pay raised to the national average. But this legislature does not seem to care.”
Posted by J.W. Williamson at 8/27/2015 09:18:00 AM
Email ThisBlogThis!Share to TwitterShare to FacebookShare to Pinterest
Labels: North Carolina budget, public education

It is clear that the NCGOP is possessed of a fierce hatred of education.

The market speaks. Teachers are leaving NC for better markets. Our children - and our future - will suffer from the idiotic policies enacted by the legislators in Raleigh - dominated by Republicans.

Voters need to vote these destructive politicians out of office.

It's pretty obvious that the GOP is hoping to go the route of Louisiana, starving public education until it's almost nonexistent so they can suggest it be completely replaced with home schooling, private religious schools, and commercial companies operating charter schools with no regulations.

They don't hate educators as much as they love the campaign contributions, kick-backs, and perks from charter school companies, religious organizations, and companies that sell shoddy textbooks to home schoolers that are wetting their pants trying to take over NC's public education system.