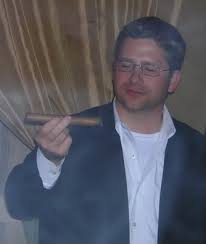 Well now. You might not know that Congressman Patrick McHenry, of the adjacent 10th Congressional District, has taken an important appointment as state chair of the Jeb Bush campaign. Make that the Jeb! campaign, to keep the branding consistent.

No Donald Trump for McHenry. And good luck with Jeb!, who, we heard, lacks energy. Can't remember right now who said that.

McHenry's really sticking his neck out, with Trump leading Jeb! in North Carolina by over 10 polling points. Jeb! is barely out-polling Deez Nuts.

McHenry's an establishment guy. Like most of the hierarchy in the Republican Party, he figures that Trump is just a summer reality show that won't be renewed for the Fall and certainly won't be on the TV schedule during next year's sweeps. By the logic of the GOP establishment, it's Jeb Bush's turn. Trump's an upstart who has no business messing with precedence.