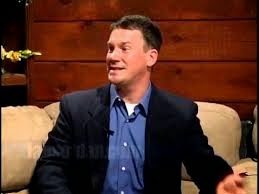 The current hysteria started in Sen. Dan Soucek's Senate Education Committee, which passed out a bill (subsequently passed by the full NC Senate) throwing out Common Core and mandating that the state write its own standards.

That has been done in Indiana, where conservative dyspepsia can also cause stampedes, but in Indiana the state's standard-writers ended up adopting about 85% of the Common Core anyway. That prospect for NC has sent some far right-wingers into cardiac arrest, so the NC House's version of the Kill the Common Core Act goes completely overboard, mandating that no part of Common Core can be used in North Carolina.

Wake County School Board member Bill Fletcher said about the House version, “I’m trying to understand the impact of saying you can’t use Common Core as you build new standards. If I’m writing a cookbook and somebody tells me I can’t use salt, sugar, pepper and olive oil, I’ve got a problem writing a new cookbook.”

Some conservative provocateurs are now putting pressure on Senator Soucek to make the Senate bill as extreme and exclusionary as the House proposal (and we know how Soucek stands up to right-wing political pressure!). Who knows what will ultimately pass, but you can bet it won't be in the interests of public education in North Carolina. Soucek is already persona non grata among school teachers in Watauga County, following his public forum on education policy last December. Will he choose to double-down on Common Core?

Posted by J.W. Williamson at 6/24/2014 08:26:00 AM
Email ThisBlogThis!Share to TwitterShare to FacebookShare to Pinterest
Labels: Dan Soucek, public education

O.K. Let me get this straight. If NO PART of Common Core can be used, that means NC schools can't mention the U.S. Constitution, Declaration of Independence, mental math, and basic tenets of Physics, Chemistry, or Biology. Not to mention that kids will not be required to write coherent English sentences or read books of any complexity of structure or thought. Guess "Eddicashun" in NC will stop at the 3rd grade with memorization of the alphabet, addition facts and multiplication tables.

Oh...wait...Common Core requires kids to know that stuff, too. DANG!