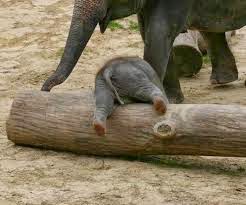 The mismanagement of the state of North Carolina by its Republican/conservative overlords was on bizarre display yesterday in Raleigh, as State Budget Director Art Pope refused to show up at a Senate budget meeting to explain two things: "the shortfall [in Medicaid money] for the current fiscal year, which ends June 30; and an estimate of increased spending for the next fiscal year based on health care inflation and the growth of Medicaid recipients" (according to the News&Observer).

These are the same guys who piously refused to expand Medicaid under a federal program that would have cost the state nothing for the first year, and very little after that.

Sen. Tom Apodoca, a Hendersonville Republican and chairman of the powerful Rules Committee, issued a threat aimed, we assume, at Art Pope: “If push comes to shove, we can always issue subpoenas.”

Meanwhile, Governor Squishy was somewhere else, bragging about the "Carolina Comeback" and about how many toes he's stepped on in his illustrious career as a toe-stepper-oner.

Wheels coming off the clown car.