Watauga Board of Elections ... "After Hours" 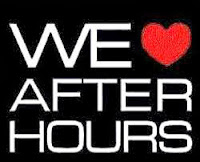 When the Watauga County Board of Elections adjourned its meeting yesterday, Board Chair Four Luke Eggers got out of that room fast. That may have been at least partly because the small courtroom on the first floor of the County Courthouse was full past capacity with citizens who were disturbed with his administration of voting in this county. Many of them carried hand-lettered signs accusing him and fellow Republican member Bill Aceto of malfeasance (generally) and of mistreatment of elections Director Jane Anne Hodges (specifically).

After Mr. Eggers fled the room, though, Jane Anne Hodges began to answer questions from the audience, and then so did Bill Aceto (to his credit, Mr. Aceto lingered in the room and listened and even answered a question). The new Board, at its very first meeting on August 12th, had passed a new "gag" rule that they would hear no public comment at any of their meetings, and yesterday's "after hours" -- with Four Luke Eggers nowhere he could hear what was said -- became a fairly pointed example of why the public needs to be heard.

Aceto made the real news of the day when he responded to a question from the audience: No, he said, he would not support a transfer voting station on the Appalachian State University campus for the November 5th election.

Why is that big news? Because a transfer voting station always handles a heavy volume of voters -- especially young, first-time voters -- who are confused about where to go. They often end up in the transfer station on campus. There's been one there for many election cycles. There's also a transfer station usually at the Courthouse.

Jane Anne Hodges said that she certainly hoped that "her board" would be reasonable and allow a transfer station on campus, because without a transfer station there will be a much larger volume of "provisional votes" -- votes cast "out of precinct" by voters whose registrations will then have to be verified in a time-consuming process. We feel certain that Aceto's "no" was the position of the Republican majority. Someone in that audience last evening pointed out to Mr. Aceto that the ulterior motive for removing a transfer station from campus was obvious and odious: It's just another part of a bigger scheme to discourage, block, frustrate, hinder, and otherwise depress the youth vote.

Someone in the audience who has worked repeatedly as a transfer station elections aide pointed out that without a transfer station, students in the wrong precinct would be forced to vote provisionally, a long and complicated process requiring the proper filling out of paper forms. Prediction: long lines, angry voters, more tart public attention on Four Luke Eggers and Bill Aceto.

Focus on a transfer voting station on campus became heightened after some statistics came to light earlier in the meeting. Director Hodges reported that, of 412 new registrations in Watauga County since Sept. 3...

The stats from August's 633 new registrations were even starker:

These are the very voters being singled out by Eggers and Aceto for discouragement, for hindrance, and for frustration.

Their ulterior motive was also abundantly clear in their refusal to deal with or even acknowledge the physical problems in the Legends polling place for Boone 2, despite a memorandum from Jane Anne Hodges that they needed to address certain deficiencies in that location and despite a memorandum from State BOE Director Kim Strach that they needed to recognize and deal with those deficiencies. They refused.

That's what they do. They're on a glide path and remotely controlled.

Bertrand Gutierrez's report on this meeting in the Winston-Salem Journal this morning is required reading for a bunch of other stuff not covered here (including the fact that the new voter suppression law passed this year in Raleigh will throw out ALL provisional votes beginning in 2016, which is one of the main complaints being brought against the NC law by U.S. Attorney General Eric Holder).