This Has Been a Lip-Smacking, Gob-Smacking August. It May Get Worse for Some 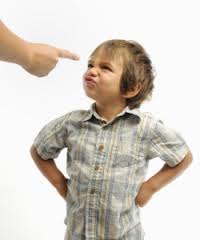 The lip-smacking of Watauga County Republican/Tea Party activists this past spring over the thought of taking over the Watauga Board of Elections was loud and obnoxious. They were publicly celebrating the idea that they would soon...

1. Fire elections director Jane Anne Hodges, the 27-year veteran in the Board of Elections.

2. Put an end to the voting of those pesky college students at Appalachian State University.

And then the local universe would belong to them forever and ever amen!

But there's many a slip between the fork and the mouth. First (and for reasons never publicly explained), the Republican choice for the chairmanship of the Watauga County Board of Elections, Stacy Eggers IV ("Four") was rejected at the state level, and the man that the State Board appointed, Mr. Jim Hastings, declined the appointment. A lot of serious time was eaten up by that SNAFU, and a deadline loomed: The Implementation Plan for Early Voting in the Boone Municipals needed to be submitted to the state by August 16.

The Republicans needed a chair of the Board that they could control, someone who would take orders, and it may yet turn out to be one of their biggest blunders in decades that they decided to appoint Four Eggers' little brother Luke. He was seriously not ready for prime time.

Then the Watauga County Republican Party Chair Anne Marie Yates appeared in the Watauga Democrat, giving evidence that a conspiracy existed to massively alter the ability of college students to vote, which would (we're sure it was a coincidence) help her brother Mark Templeton and Matt Long and James Milner and John Mena sweep the Boone Town Council elections in November.

With the August 16th deadline pushing him, Luke Eggers rushed to get himself sworn into office and to hold a meeting as the new Chair of the Board that would do all the stuff that is now the subject of state-wide and national attention.

The pushback was perhaps unexpected. The negative publicity was perhaps not really thought through. The legal recourse for Boone voters was perhaps not fully anticipated. (Hell, Anne Marie Yates may already be in the witness relocation program or is otherwise not speaking to the press in an undisclosed location.)

Now comes the state Board of Elections, which clearly does not like the press coverage of Watauga County. The new Republican Chair of the State Board, Josh Howard, gave an interview to the Raleigh News & Observer last week, and he said this:


“It may disappoint a lot of folks that there’s still a steady hand on the rudder.”

That was a somewhat cryptic utterance that can be read in a couple of ways. Mr. Howard also told the 500 new board members and staff people from across the state at their training day in Cary:

Board members are supposed to assure voting takes place in compliance with the law. Decision-making should not be rooted in party politics....

It's an open question what Mr. Howard meant by that and what he's prepared to do to prove to the world that the NC State Board of Elections is not now rooted in (revenge) politics.