Lies of Omission, Sins of Commission 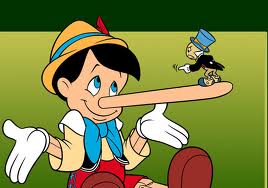 
“You see, even with all the hidden taxes to pay for the health care takeover, even with new taxes on nearly a million small businesses, the planners in Washington still didn’t have enough money. They needed more. They needed hundreds of billions more. So, they just took it all away from Medicare. Seven hundred and sixteen billion dollars, funneled out of Medicare by President Obama. An obligation we have to our parents and grandparents is being sacrificed, all to pay for a new entitlement we didn’t even ask for. The greatest threat to Medicare is Obamacare, and we’re going to stop it.”


What Paul Ryan Didn't Say (lying by omission)
Ryan's rock-star rise among conservatives came by drafting and advancing an unpopular plan to dramatically cut and privatize Medicare. That plan was included in both of his last two budget drafts, which passed the U.S. House under the Republican majority. Ryan's plan (not passed by the U.S. Senate) made the same cuts to Medicare that Obamacare did. The big difference is that Obama's cuts are being used to finance expanded health-care for all; Ryan's cuts would finance additional tax-cuts for the wealthiest Americans.
.......


The Obama presidency “began with a perfect Triple-A credit rating for the United States; it ends with a downgraded America.”


What Paul Ryan Didn't Say (lying by omission)
Standard & Poore's downgrading of the US's sovereign debt rating came in 2011 after Congressional Republicans -- led in part by Mr. Ryan -- threatened to force the country into default.


“A lot of guys I went to high school with worked at that GM plant [in his hometown of Janesville, Wisc.]. Right there at that plant, candidate Obama said: ‘I believe that if our government is there to support you … this plant will be here for another hundred years.' That’s what he said in 2008. Well, as it turned out, that plant didn’t last another year. It is locked up and empty to this day.”


What Paul Ryan Should Have Said (active lying)
The GM plant in Janesville, Wisc., closed before Mr. Obama's inauguration. Plus ... what?! This young hero of the conservative movement is castigating a Democratic president for not bailing out another auto plant???


“[President Obama] created a bipartisan debt commission [Bowles-Simpson]. They came back with an urgent report. He thanked them, sent them on their way, and then did exactly nothing.”


What Paul Ryan Didn't Say (lying by omission)
Paul Ryan was a member of Bowles-Simpson. He voted against the final commission report. Now he's in high moral dudgeon that its recommendations weren't acted on?

Hattip: Brian Beutler
Posted by J.W. Williamson at 8/30/2012 09:18:00 AM
Email ThisBlogThis!Share to TwitterShare to FacebookShare to Pinterest
Labels: Paul Ryan

Anon in need of a name said...

I wonder if Paul Ryan feels a twinge of guilt when he lies and misleads that way. Does he feel justified in not telling the truth because he thinks the end (his getting elected) justifies the means? Or has he somehow deluded himself about these issues to the point that he believes his own mistruths?

Either way, this takes away any bit of respect or sympathy I had for Ryan. Even though I don't agree with his politics, on some level I had thought he was at least an intellectually honest person. Now it's clear: he's just a career politician who will say whatever he needs to to further his own career.