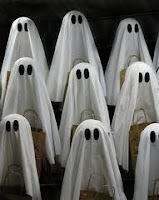 "Let me tell you about Billy Graham, just as he is," writes Steve Knight, "because based on what I experienced working for the man for six years, two statements issued under his name last week (and one earlier this year) significantly collide with the well-established values of this great humble faith leader."

The statements issued in Billy Graham's name that Mr. Knight is referring to were the political calls to action to pass the anti-gay Amendment 1 in May and the more recent evangelical support for a certain chicken-centric mega-corporation's anti-gay pugnaciousness. Mr. Knight on the shifting priorities at the Billy Graham Evangelistic Association (BGEA), which put out the statements in Mr. Graham's name:


Mr. Graham had never made political statements like this in the 62-year history of the ministry, and BGEA's evangelistic crusades have never partnered with corporations like Chick-fil-A, although they easily could have .... Now, to have three of these statements come out in the past three months -- and a very obvious commercial for a fast-food chain -- causes me to wonder if this trickle will turn into a flood, right at the end of Billy's life.


Mr. Knight sees the hand of Franklin Graham in all this politicizing of evangelism, and if this is indeed how things are working, it's waaay beyond cynical. It's downright cruel:

My concern is that here's how things like this continue to work: Franklin Graham (or Franklin and his sister Anne Graham Lotz) have an agenda (in all three of these cases, "traditional marriage"), they get a BGEA copywriter to draft the text, then a BGEA graphic designer does the layout (in the case of the ad), Franklin approves the copy and/or design, then Franklin drives out to Little Piney Cove (Billy's cabin home outside of Asheville, N.C.) and holds the piece of paper in front of Billy and asks, "Daddy, can we publish this?" And Billy nods (or whatever he's capable of doing at this point in his life), and Franklin goes back and publishes this stuff with his good father's name all over it.

Billy Graham is 93 years old, in the advanced stages of Parkinson's disease (among a host of other age-related ailments). He's been having fluid drained from his brain on a regular basis for over a decade. When I worked for BGEA and Mr. Graham was still leading evangelistic crusades around the country, it was well-known that all of his sermons, articles, letters and books were ghostwritten -- and had been for quite some time.

This makes a lot of sense. I had wondered about father Graham's latest statement when I read it - both the position taken and the fact that he said anything at all. Freakin' Franklin needs to get his tall head caught in a low, sharp ceiling.