Demands Being Made of the NCDP 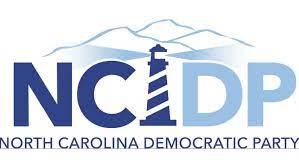 So I was indulging my daily graze of the InnerWebs, when I was arrested by this headline: "Backtalk: NCDP is a concentrated pool of ineptitude ... And other things our readers told us this week."

"NCDP" being the North Carolina Democratic Party. So naturally, waxing either narcissistic or masochistic -- take your pick! -- I clicked. The article is a compilation of comments solicited by Jane Porter, editor of the Indy Weekly who invited subscribers of the Indy Week newsletter for "ideas about how progressives can do better in turning out rural voters and rural voters of color in 2024 and beyond."

Working 2022 in a largely rural county, even one with a university, in the western NC mtns, has given us some 30 years of experience in motivating the vote, naturally with some successes and some whopping failures. Sad to say, with that experience in mind, we ended this campaign season feeling not just let down by the state Party but actually hindered at times, deliberately. I won't get into the technicals, the databases and their access. But as a very active and organized county Party, Watauga has long turned jaundiced eyes on "Coordinated Campaigns," which tend to rule the flow of resources in a General Election cycle. We have not found "Coordinated Campaigns" coordinated. They more often come with top-down dictums that only have the top of the ticket's message in mind -- the governor's or the president's or, in 2022, Cheri Beasley's. Those top campaigns, run by consultants and strategists and contractors who are all making money on it, often have little salience in a rural county, relying way too much on paper postcard excess and TV saturation and not enough on on-going, on the ground voter registration and engagement.

Down Home North Carolina, founded in 2017 and so far well funded, has a new model of paid canvassers, and because they are paid, they are also trained to engage in conversations at the door about stuff that animates wage workers. Any canvassing is essential, of course, though sometimes the training is de minimis. Many county parties and individual candidate campaigns have mounted big canvasses, and will continue to do so, but sustaining a purely volunteer force year and after is very tough, and the difficulty of replacing those who age out is the curse of rural America. So a paid force carrying a unified message and technique offers an appealing alternative to giving so much of the money to consultants and contractors.

Dustin Ingalls, one of the commenters on Indy Weekly, included Down Home in a longer list of brand new orgs who are doing good work in rural NC, all of them with a crying need for more financial backing: "We need to scale up programs that already exist from organizations like Down Home, New Rural Project, New NC Project, NCLCV Foundation, and A. Philip Randolph Institute. They’re already on the ground doing the work to register and regularly communicate with voters of color and white rural voters who might align with progressive values, but they don’t have enough money to hire enough staff to recruit and train enough volunteers and knock enough doors." An '07 graduate of UNC, Ingalls is the political director of the Environmental Defense Fund NC chapter, and lists a long, impressive string of activist immersions in progressive causes.

Paying volunteers? In some circles, it's a radical idea -- "Why, how come we have to pay people to do the right thing for the future of America?" But we have some evidence that maybe, seems like, the state Party might give it a try, diverting some of the large budget from professional consultants to paid volunteer recruitment, training, and employment. Wouldn't take that much in the blessed scheme of things.

"More consistent organizing," to be implemented and led --  somehow, someway -- by the state Party, that is the overriding theme of the criticism.

Your observations ring true to me when reflecting on my experiences in Ashe 2008 - 2014.