Josh Stein Drops a Bomb, and It's a Dud

Yesterday afternoon, beginning at 3:55 p.m., NC Attorney General Josh Stein posted a series of tweets, the bottomline of which was this: "After an extensive investigation by the SBI and a thorough review by career prosecutors in my office, I have concluded that we will not be pressing charges against Mark or Debra Meadows concerning their own voting in North Carolina in the 2020 elections."

Because when you've got bad news for your Democratic base, news which seems to confirm that rich and powerful white men have different, rosier expectations from the justice system than ordinary schlubs, you dump it out on a Friday afternoon heading into a three-day weekend.

Stein preceded the declaration quoted above with a tweet implying that Mark Meadows is anyway a giant douche, perhaps to soften the actual blow of announcing that voting from an address in western North Carolina you'd never lived at or even ever visited gets a pass from the A.G.: "BREAKING: Mark Meadows has made numerous unfounded and damaging claims about voter fraud both before and after the 2020 election. In fact, the January 6th congressional committee identified him as a likely co-conspirator over his central role in the January 6th insurrection."

Hardly "breaking" news, but I get that the A.G. was trying to wrap his smelly carp of exoneration in some fancy holiday tissue for an audience looking for justice of the swift and sharp variety.

In tweets 5 and 6, Stein added a fig leaf of justification for the decision to let Meadows off entirely:

Given that NC law has a residency exception for people working for the federal government in Washington DC, the Meadows had a year-long lease for the Scaly Mountain property, and cell phone records indicate that Mrs. Meadows was at or around the property in October of 2020, we have concluded that there is not sufficient evidence to prove beyond a reasonable doubt that they knowingly engaged in voter fraud. If further information relevant to these allegations comes to light in any other jurisdictions, we reserve the right to reopen this matter.

The key words: "beyond a reasonable doubt." And it's fair for our top lawyer to calculate the likelihood of conviction by a jury of his peers, even if the storm of criticism that erupted after Stein's announcement suggested that prosecution would be the right thing to do, even if perhaps not ultimately successful. 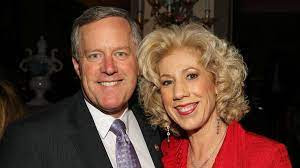 I want to give Stein the benefit of my doubts. I'd like to see him become governor. Maybe he knows that the Federal web is closing on Meadows for far greater misdeeds, and he doesn't want to get in the way of that.

But I also can't help remembering Lanisha Jones, the Black woman from Hoke County, who in 2016, out of prison on probation, thought she was eligible to vote. She wasn't. She made an honest mistake, The local Republican prosecutor threw the book at her for felony voter fraud. Mark Meadows didn't make a mistake. He registered to vote where he didn't live deliberately, and voted deliberately. He gets "not sufficient evidence," and it tastes bad on the tongue.

And add this to the rancid whiff of special treatment for rich white men: according to the News and Observer, Mark and Debra Meadows "refused to be interviewed by the State Bureau of Investigation" in its probe of the allegations. Those nice, upstanding folks refused. Try that yourself sometime when the SBI comes knocking. How would that have worked for Lanisha Jones?

Posted by J.W. Williamson at 12/31/2022 09:32:00 AM
Email ThisBlogThis!Share to TwitterShare to FacebookShare to Pinterest
Labels: Josh Stein, Mark Meadows

You notice it's always Democrats who take the attitude of "we'll probably lose, so maybe we shouldn't even try." I don't know: maybe try just doing the right thing, which in this case would be siccing the law on Meadows for his obvious goddamn lying.

I got tickled about Ginni Thomas disavowing her tweets to Meadows. Mercy for Meadows in NC contradicts law and order, but the "hands off" attitude concerning Clarence and Ginni is so much worse. Jerry's observation about immunity for the wealthy and connected confirms it is general practice under plutokakistocracy.

If it's not illegal according to state law, there's not a lot to be done. Just because we all think what Meadows did stinks, doesn't make it actionable.