Just How Bad Was Democratic Performance in 2022 in NC? 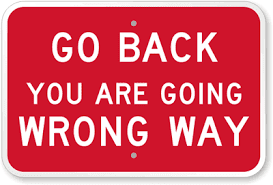 Michael Bitzer, the numbers man at Catawba College, published a graph-heavy assessment of turnout in last month's election. Jane Porter, for the Indy Week newsletter, extracted some bottomlines (for which I'm most grateful). The sum and substance ain't pretty. The Democrats need to reassess what they've been doing and do something very differently.

3.7 million North Carolinians cast a ballot in last month's election, or 51 percent of all of the state's registered voters

For Republicans, it's simple: keep doing what you do. In the short-run, higher turnout rates for key GOP groups will continue to see you win the "competitive but stuck" battleground electoral environment, at least state-wide.

For Democrats, it's also simple: if you want to keep your federal candidates getting 48 to 49 percent of the vote, but lose to Republicans by the narrowest of margins time after time, keep doing what you are doing. Keep getting your registered partisans to show up just at the state-level, but allow your partisan opponents to show up at a higher rate. Ignore turning out voters under 40 years old, ignore turning out out core Black/African American voters, and ignore your regional dominance in the central cities.

In the end, it wasn't that Democrats like Cheri Beasley did as well as she did in what was presented as a classic mid-term environment, but rather she did as well despite the fact that core Democratic voting blocks has abysmal turnout rates.

And it may seem like we say this every election cycle, but in North Carolina, it's true: it's all about who shows up and turns out. Once again, 2022 repeats the consistency of North Carolina's electoral politics as a 'stuck battleground' state, and in the end, turnout matters.

Posted by J.W. Williamson at 12/07/2022 08:59:00 AM
Email ThisBlogThis!Share to TwitterShare to FacebookShare to Pinterest
Labels: North Carolina Democratic Party

It used to be said that Watauga turned out the Democratic vote, especially from the university, far better than much of the rest of the state.

One stat that's missing. There are more U voters in NC then either D's or R's. In Watauga a lot more.
https://vt.ncsbe.gov/RegStat/Results/?date=12%2F06%2F2022
The unaffiliated are now what was once the moderates of both parties. The R's won the commissioners seats but The D's won sheriff and school board. Moderate candidates from either side still have a reasonable chance of winning but so often the only choice is one extreme or the other.

Some unaffiliated voters are to the left of the Democratic Party.
What's the story?

College-age voters and those in their 20s are increasingly registering as Unaffiliated. They don't see any reason to name one party or the other. But it doesn't mean they are "moderate."

I don't know what's wrong with the NC Dem party. They seem to think that maintaining the ability to sustain the Governor's veto (by one vote, I think) is some kind of "victory." Ugh.

Here in Watauga, Billy Kennedy lost by 7 votes. Seven! Surely there are 8 or more Dem voters who could have bothered to vote!

"Here in Watauga, Billy Kennedy lost by 7 votes. Seven! Surely there are 8 or more Dem voters who could have bothered to vote!" bettywhite

That is just DEMOCRACY in action.

Everyone is all happy when their side wins, even if it's just 51 to 49, but go all a-twitter when it's the other way around.

As for me, I'm not for repubs but I am for keeping baby killer libs out of office. To quote Treebeard, "I'm on nobody's side because nobody is on my side."

Careful bettywhite, you're just a short step away from becoming an election denier.

That's a bit of a stretch, Wolf. I'm not "all a-twitter." I'm just disappointed that turnout wasn't better. And of course, everyone is happy when their side wins. Just like in sports - if your team loses by 40 points, you're not as upset as when they lose by 1.

Election denier? Where did that come from? Kennedy lost the election. Disappointing, yes, but I'm not going around saying that it was stolen. I'll leave that to the Republicans.

And on that note, one question for you, Wolf: Who won the 2020 Presidential election?

I can believe whatever I want, whether it be Trump won or in Santa Claus and the Easter Bunny.

No different than believing in anthropogenic climate change and that socialism works.

It's impossible to take you seriously, Wolf.

Now stop taking politicians seriously, they're more full of shit than I am.