Here's Another Reason We Have a Dangerous Shortage of Qualified Teachers 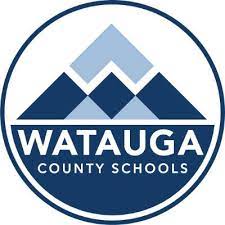 You know there's a critical teacher shortage in North Carolina and elsewhere across the country, right? As of last week, Wake County (Raleigh) alone had over 400 teacher vacancies, with school about to start. The vacancies are not so bad in Watauga (though I haven't gotten hard numbers yet), but if you're looking for another reason for why people are leaving the profession, or never entering it at all, though they trained for it, look no further than the continuing crusade against public education carried out by smug ideologues like Dr. Mark A. Murphy, Ph.D., of Blowing Rock.

He published another letter yesterday in the High Country Press, his second on the topic, alleging what amounts to a conspiracy to induce "woke indoctrination" into Watauga County schools "by explicitly covering political topics" -- he calls them political, as the clearest indication of his own bent attitudes -- to address problems such as youth mental health, suicide prevention, substance abuse, sexual abuse prevention, sex trafficking prevention, and teenage dating violence.

So, according to Dr. Murphy, it's "political" to minister to a brown child being bullied, or to a queer kid being bullied, or to a young girl being urged into premature sexual activity, or to attempt behavioral remediation for those doing the bullying and the sexual forcing, and to open their minds to treating everyone like a fellow human being who can be hurt and even destroyed by prejudices and by a callous disregard. Lord! Alert the authorities!

According to Murphy, it amounts to an actual conspiracy: He says that the Watauga County Board of Education (and others higher up) "quietly initiated" (the sneaky bastards!) "woke" teaching methods and materials "under the guise" of recovering from the stress of the pandemic. Sounds like a conspiracy to me. Where I think most parents tend to think the best of a school board trying to do their best for the students, Dr. Murphy insists they're doing their worst and doing it secretly.

Murphy is evidently laying track for the hoped-for takeover of the school board this November by a Republican team of far different ambitions. Murphy, apparently, is not the parent of a school-age kid. He's a 68-year-old retiree who, as far as I can tell, only first voted in this county in the May primary this year. But he's all in as an enemy of teaching tolerance and fellow-feeling in our public schools.

This guy is a MAGA idiot provocateur. He obviously knows nothing about the Watauga BOE.
Unfortunately people who don't even understand what "woke" is all about will get on his
intellectually deficient bandwagon.