The Supremes Made Me a Single-Issue Voter

With the clarity we've come to expect from him, Sen. Jeff Jackson lays out the potential for November:

Next year in NC:

1) Our state legislature will convene.

2) The GOP will pass a bill banning abortion.

3) The Governor will veto it.

4) A veto override vote will be held.

5) Either Dems will have enough members to sustain the veto, or not.

Those are the stakes this November.

I think I just became "a single-issue voter." And I've got a candidate to vote for.

(Watauga's Blue Ridge Precinct is now in the 87th HD. Thank you, gerrymander. And the Gerrymanderer-in-Chief in the NC House, Destin Hall, is the incumbent Republican of HD87. Democrat Barbara Kirby is running against him) 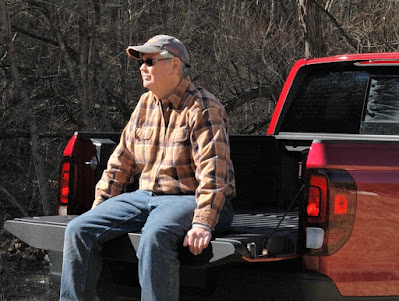 I remember Ben Massey as the ever-present, early-bird, cheerful-but-firm manager of the Watauga County Farmers Market. That was a few years ago. I thought he did a good job. Then he left Watauga and became president of the Ashe County Farmers Mkt. He and his wife Darleen are fixtures there, selling their own farm produce. They live in Ashe County on a "rural homestead" reclaimed from its dispersal to nine heirs probably because someone died without a will. Ben Massey is running for the House seat, currently held by Republican of Blowing Rock, Ray Pickett.

I met Ben and his campaign manager last night. Formidable team with a clear plan. And with admittedly huge odds against them: NCFree rates the district R+11. That's due, of course, to Destin Hall Hisownself in Caldwell County, taking Blue Ridge Precinct off Ray Pickett's hands and adding very rural Alleghany County to counteract Watauga's Democratic voters. The district has see-sawed between parties when it was just Watauga and Ashe -- Democrats Cullie Tarleton and Ray Russell and Republicans Jonathan Jordan and now Ray Pickett. But the Republicans don't like a seesaw and propped up Pickett with a cinderblock of new Republicans. No more going blue for you, House Seat 93!

Understanding that the 93rd is uphill all the way, Ben Massey nevertheless has cred already in Ashe, and a formidable Party org in Watauga, and a local history in Alleghany -- dependably Democratic, going back to the Civil War -- that might turn at least purple if Trumpist turnout sags. I know: Alleghany's potential is more of a used to be, but how can you stay in politics without hope?
Massey fits the district, and I like the writing on his website:

Ben is the guy on your road whom everyone depends on. He and his tractor are there to pull the log out of your driveway after a windstorm, and he always remembers to ask about your parent who is recovering from surgery.

...he knows what it means to be a good neighbor. His dad was a Mail Carrier and his mom owned a Dance School. His grandfather was a Deputy Sheriff shot and killed in the line of duty. Ben grew up barning tobacco and working at the local gas station. As a young man seeking to make his own way, he patched together grants, loans and part-time jobs to pay his way through college at UNC-Chapel Hill and graduated as a Physical Therapist.

He retired as the executive director of the state’s PT licensure board, administering the state laws for over 13,000 physical therapists and physical therapist assistants in North Carolina.
Here's a nugget: He got inducted into “The Order of the Long Leaf Pine” by Governor Pat McCrory "for significant contributions to the state and his community through exemplary services and exceptional accomplishments." Many of those accomplishments and awards are listed at the bottom of his bio page.
He talked last night about the importance of Roe and said he had actually decided to run way back in May 2021 when the Supreme Court first announced that it was taking the Mississippi abortion case, now known as Dobbs v. Jackson Women's Health Org. He will be an unflagging advocate for women's rights, as Republicans move toward taking charge of uteruses and mandating pregnancies.
Posted by J.W. Williamson at 6/29/2022 10:48:00 AM
Email ThisBlogThis!Share to TwitterShare to FacebookShare to Pinterest
Labels: abortion rights, Ben Massey, Ray Pickett