Thanks to Carolina Forward for this bombshell: 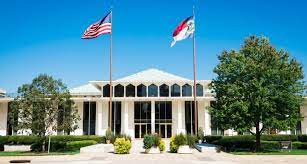 When state-level Republicans want national, DC-based GOP organizations to pay for key campaign activities like polling, there are certain campaign finance legal hoops they must jump through. Those organizations can conduct the polling, but they must post it somewhere “public” for the North Carolina GOP to “find” it. Usually, this is by posting it somewhere obscure.

Well - this time, we found that polling. And it tells a very different story than you’ve probably heard in the media. Republican polling shows that several Carolina Forward Slate candidates - and many beyond it - are running in a dead heat, or narrowly ahead, of their Republican opponents:

… And beyond the Carolina Forward Slate:

Again: this is Republican-sponsored polling, intended for internal use by their legislative caucus and partners.

So, what does this all mean? Here are our takeaways:

At a bare minimum: there’s just no evidence - in 15 separate polls all across the state - for any sort of “red wave” building for the 2022 election

In previous cycles, polling in June/July was strongly indicative of November results

Cheri Beasley is running tied, or slightly ahead, of Ted Budd in all of the closest districts

Posted by J.W. Williamson at 6/20/2022 07:22:00 AM
Email ThisBlogThis!Share to TwitterShare to FacebookShare to Pinterest
Labels: North Carolina General Assembly

I wouldn't be surprised if the Repubs fizzled.

They can eff up anything.

As I said above, they can eff up anything.

With the most support they've had in years due to democrat policies, they do this:

They just pissed of their most powerful base.