The Democrats Who Volunteer

First off, I am running because no candidate should go unopposed, much less a 9 term fixture who does nothing to help the bulk of her constituents. 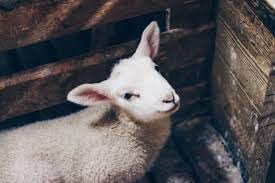 We were so proud of our sacrificial lambs back in 2018 -- the dozens of Democratic candidates for seats in the NC General Assembly -- all seats up for election, all seats covered by a D on the ballot. It was an achievement, symbolic and energizing, but somewhat wasteful, since dozens of those Democrats were bound to lose in districts so heavily gerrymandered to favor Republicans that even the meter readers are partisan.

That was 2018, the Blue Wave year. The enthusiasm, the willingness to fight in even hopeless battles, produced results -- veto-sustaining Democratic minorities in both houses of the General Assembly, who could support Governor Roy Cooper in his struggles with Berger Moore. Meanwhile, the sacrificial lambs of 2018 have mainly not resurfaced since. Even a symbolic loss stings, and even Anonymous has feelings. Those were heroes for political bravery, and it's a loss if they haven't stayed active with the Party.

This is supposed to be a Red Wave year (though I'm beginning to question that forecast), so Democrats are mainly bunkered up and nervous, and nobody is praising 2022's sacrificial lambs. Or they might be tigers -- I haven't probed deeply enough yet to know. Doesn't much matter. They're running in districts that are, for example, R+9, R+11, R+13, R+16, R+23 (holy shit!). Those are the predictive numbers for House districts 6, 109, 84, 117, and 80, where five Republican incumbents who signed the Wendy Rogers stolen election plan actually have Democratic opponents. (Most of the other 10 Rs who signed that letter are running unopposed.)

Glad those Democrats are running. Hope they recognize their more than symbolic duty to call out the destructive extremism of the GOP generally, and of the NCGOP specifically. Recognize and have the wherewithal to get on social media (which costs very little). Say something because you see something. The destruction of democracy itself means throwing all our selves on that grenade. Many a sacrifice has saved a retreat.

Posted by J.W. Williamson at 6/22/2022 08:05:00 AM
Email ThisBlogThis!Share to TwitterShare to FacebookShare to Pinterest
Labels: Kyle Parrish, Red Wave?