In a surprising about-face, Phil Berger's NC Senate passed a bill a month ago expanding Medicaid under Obamacare. Yesterday, Tim Moore's House Republicans, rather than signing on to the Senate's bill, rolled out its own bill which calls for more study of the issue and a vote on expansion only after the fall elections.

How did Phil Berger take this? 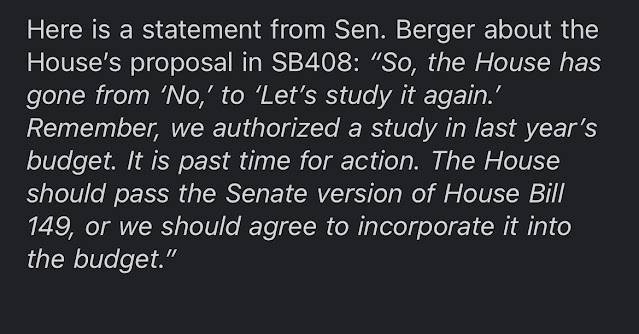 Seems like Tim Moore handed Democratic NC House candidates an issue, and Phil Berger has shown Democrats how to frame it.