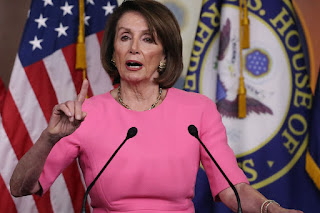 Nancy Pelosi “hit on something that is core to [Trump's] con. His whole life is about the cover-up. He has covered up his academic record, his health reports, his dalliances with women, his finances, his family history. Even while he was saying he was the most transparent president in history, his Treasury secretary was across town telling Congress, ‘I’m not giving you the president’s tax returns.’ "

--Tim O'Brien, author of TrumpNation: The Art of Being the Donald, quoted by Maureen Dowd