Fired Up and Ready to Go v. Voter Suppression Laws 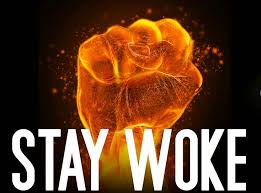 A new polling statistic: The percentage of both independents and younger voters who are claiming they’re absolutely certain to vote is up from October 2014:

One of the groups most in the crosshairs of North Carolina voter suppression = young voters, especially college kids at liberal universities. Those kids will be permanently sidelined from the ballot if a certain NC constitutional amendment passes, the one mandating a photo ID to vote -- but not just any photo ID, but rather the one the NC General Assembly decides is the Golden Ticket (which college students are guaranteed not to possess). I dunno. Perhaps the combination of such obvious attempts to discourage the youth vote (the Watauga County case is a prime, though not the only, example) and the proposed constitutional amendment -- "Don't Even Think About Voting in North Carolina Without the Passport We Mandate" -- perhaps those blatant attempts to suppress the vote has had the opposite effect. Because the young people I know are chomping at the bit.

Determination is the mother of results.

Last night, I learned about what's going on in North Dakota with native American voters, and I have to conclude that North Carolina maybe isn't the worst state any more for voter suppression. The North Dakota legislature has disenfranchised the native Americans in Sioux and Rolette counties by banning voter registrations with no street addresses, where most native American voters have PO box addresses, not street addresses, because most people get their mail from a p.o. and many roads aren't even named. Why did they do that? Because Democratic Senator Heidi Heitkamp won her seat by only 3,000 votes in 2012, votes which came from Sioux and Rolette counties, and the North Dakota Republicans in charge of the laws and interested in unseating Heitkamp intend to stop Indians from voting Democratic.

Or take Georgia, which has entrusted its fair voting system to the Republican secretary of state (Brian Kemp) who is also running for governor against a black woman Democrat (Stacey Abrams), so guess whose voter registrations have been and are being systematically nullified by the Secretary of State's office. No, guess.

The pickle their politics have put them in! The people don't like their policies, so they can't win any other way except keeping people away from the ballot. And because the public has often been ignorant or oblivious, they've gotten away with it. Have to hope -- and some of the polling today encourages the hope -- that more people are woke.

ADDENDUM
Republican elected officials are a tad touchy being asked about voter suppression, especially US Senator from Georgia David Perdue, who snatched a cell phone out of a student's hand to avoid being photographed answering the question, "Why have you endorsed a man for governor who's suppressing the vote?"