The Constitution Party was certified for the North Carolina ballot on June 6th (along with the Green Party). It's further right than the NC GOP, attracts nationalist kamikazes (Forsyth County roman candle Vernon Robinson immediately changed his registration), and may cause some Republican incumbents a little peptic ulceration this November. For example, in NC Senate District 41, which the NC Free Enterprise Foundation rates "competitive," there's already a real race going on between a credible Democrat challenger and a "nice guy" Republican incumbent. Depending on how attractive the Constitution Party candidate proves to be (see below), she might help swing this district to the Democrat. Who happens to be... 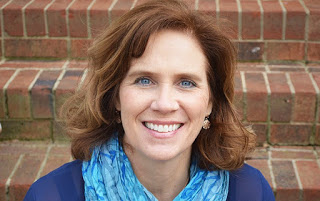 
Marcus made an unsuccessful bid for the state House in the Cornelius neighborhood in 2014, when Republican John Bradford III defeated her 55 to 45 percent. “The policies that touch our lives most closely often come from the state level,” Marcus told WUNC. “Federal politics is important, but what happens at the General Assembly in Raleigh – from public school funding, to healthcare, to whether we’re going to have to pay tolls here in the North Mecklenburg area is also important." According to Ballotpedia, Marcus earned her B.A. in public policy from Hamilton College and her J.D. from Duke University School of Law in 1994. Her professional experience includes working as a lawyer for Brooks, Pierce, McLendon, Humphrey & Leonard; as Judicial Clerk for the Honorable Frank W. Bullock, Jr. of the U.S. District Court in Greensboro; and as a founding member of DavidsonLearns, a non-profit providing senior citizen learning and enrichment. Marcus is putting up a fight for the seat: “Cuts to public pre-K through higher education, unconstitutional laws, politicians who put polluters over our clean air and water, policies that make healthcare more expensive and less accessible, and expensive toll lanes on I-77 have taken us backwards. Like many people in our community, I am fed up with being ignored by Raleigh Republicans and am ready to take a stand.” 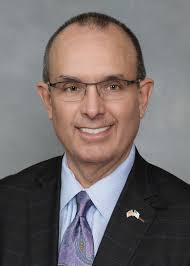 
Tarte won by a 21 percent margin in his last non-presidential election. He graduated from the University of Illinois with a bachelor's degree in econ and has worked as a top-level exec for a number of multimillion-dollar companies. He has served as the mayor of Cornelius. (Civic office in Cornelius has been a repeat springboard for many prominent Republicans including Thom Tillis.) Tarte first ran for the senate in 2012, narrowly winning the Republican primary but running unopposed that November. He did have Democratic opponents in 2014 and 2016. In the latter, Tarte's winning percentage (54.48%) looked a little soft compared to 2014. On some topics, Tarte has at least sounded moderate. On the disruption to the state erupting out of HB2 (the bathroom bill), he told the Charlotte Observer: "Transgenders in bathrooms were not a problem." He opposed the transfer of tax revenues from urban to rural counties, but he is also a cheerleader for shifting the tax burden increasingly onto "consumers." He openly opposed his Republican Gov. McCrory over the I-77 toll lanes. 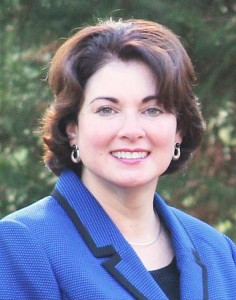 Sharon Hudson was until recently a Republican political activist in North Mecklenburg County, working her way from the Young Republicans into the party structure of MeckGOP to leadership of the North Mecklenburg Republican Women to various political campaigns and conservative causes. She joined a Tea Party group, Lake Norman Conservatives, which has drawn her away from establishment GOP activity. She graduated from UNCC with a B.A. in English and has written for PunditHouse, a Tea Party inspired conservative website focused on Charlotte and Mecklenburg County.

She became the Constitution Party's official nominee for this office just this past weekend, and as yet she has no campaign infrastructure to speak of. But she has a history of running for office.

In 2014, the same year Natasha Marcus also ran for the NC House seat vacated by Thom Tillis, Sharon Hudson ran in the Republican primary against the eventual winner of that House seat, John Bradford III. Her big issue was opposition to Tillis's plan for North Mecklenburg toll lanes, but she's a thorough-going and doctrinaire conservative, which is why the Constitution Party blessed her campaign.