You Can Make Them Stop on November 6 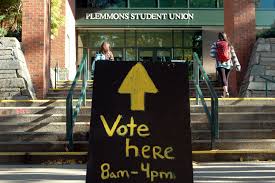 Among other pernicious twists in the new Senate bill 325, which would monkey with early voting in North Carolina, is a provision that mandates all early voting sites would have to have uniform hours — 7:00 a.m. to 7:00 p.m. — during weekday early voting.

Yesterday, in an emergency teleconference meeting of the State Board of Elections, the Board criticized the authors of S325 for never consulting the Board of its staff about the proposed changes. Only two of the four Republicans on the Board actually showed up for the meeting -- Four Eggers and John Lewis -- who screamed that the Board's emergency meeting was purely political.

I'll tell you what's political, answered Board member Stella Anderson: "Lawmakers proposing major changes of this sort without consulting experts and the very people tasked with running elections in the state."