The Shape of Water: Cheer-Leading the 2018 Blue Wave 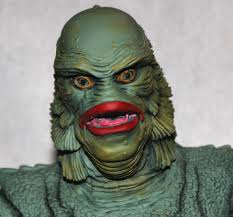 Thomas Mills, one of my favorite political operatives, wrote this soon after the close of candidate filing in North Carolina on Wednesday, as it became clear that for the first time in many, many years every single NC House and Senate district had a Democratic competitor -- 170 in total:

And the people said Amen.

If you've visited WataugaWatch even as a drive-by since the first of January, you know that we've been obsessed with all the new Democratic talent announcing their campaigns. Many of them have been raising money and getting themselves and their supporters organized, because they have at least the basic campaign infrastructure -- a web presence.

Many others don't yet, but I'm counting on them to show some life, some enthusiasm for the struggle ahead based on some support from their homies, some published biographies and platforms and statements of purpose and values, which will bring them volunteers (in the best of all possible worlds) and some campaign cash to mount websites and Facebook advertising, and a Twitter account (with a super-volunteer to run it) to get out their message and their whereabouts when they're going to speak to the Greater Black Lagoon Garden Club, or wherever.

Get some on-line fundraising apparatus, people! I've given to several new candidates already and might give to more, if I could only find an easy way to do it.

The best observation in Thomas Mills' blog post is this:


Activists tend to make poor candidates. They think their role is to convince people to come to their point of view when, really, their job is to prove that they would best represent the views of their potential constituents. As I tell my candidates, “It’s not about you. It’s not about your opponent. It’s about the voters.”

Don't try to tell the voters everything you think. Ask them what they think.