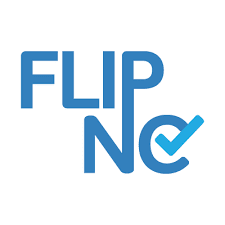 WataugaWatch has been obsessed since January 2nd with the new crop of exciting Democratic candidates running for seats in the General Assembly, especially the insurgents in what are supposed to be safe Republican districts with long-term Republican incumbents.

Glad to see another outfit jumping in to tout the possibilities -- Real Facts NC, a 501(c)(4) non-profit "dedicated to telling the real story about what is happening to North Carolina. The organization is a communications vehicle to share the most up-to-date public policy and messaging research on issues facing North Carolina...."

Real Facts NC has issued an in-depth report on the "Legislative Races To Watch in 2018" for both the NC House and the NC Senate. They make for fascinating reading, and we're tickled to see many of the same Democratic faces there that we've highlighted on WataugaWatch, including Ray Russell in House District 93 (profiled here yesterday). Real Facts NC lists 36 House seats that could flip (and to be clear, some could conceivably flip from D to R) and 13 Senate seats to watch.

Real Facts NC is run by Daniel Gilligan, one sharp tack who also happens to be a progressive Democrat sufficiently grounded in North Carolina politics to offer expert analysis of the new voting districts and how they may favor one party over the other. His Linked In profile points to his ability to take "complicated issues and make them understandable to influence public opinion and policy-makers."

For an example of his analytical prowess and his ability to boil down complicated issues and cut through messaging bullshit, in 2013, when the new Republican majority in the General Assembly was rewriting state tax laws to shift the tax burden off the very wealthy and onto the middle class via new sales taxes, Gilligan wrote:


...My point is simply that while they [Republican lawmakers in Raleigh] bemoan the antiquatedness of the current tax system, this new solution that North Carolina’s Republicans are pushing is nothing new at all – in fact it’s one of the oldest tricks in the book. While they might want to dress it up as a "reform," what they’re really after is some misdirection for a little re-distribution.

Despite arguments they may want to make, twisting notions like fairness or throwing out technobabble like "disincentives for production" to make it sound like there is some of the dismal science involved somewhere, the end product adds up the same: most folks will be paying more, while the top few will be paying less. You don’t have to take my word for it, their own "tax calculator" said so....

[This is an excerpt of a longer piece, via Gary Pearce and thanks to NC Spin]

You may want to bookmark the Real Facts NC website and return there for sustenance. It's so good, it made me completely forget to crow about Conor Lamb in Pennsylvania this morning.