The Action Today at the SBEEE: Republicans Cave


WEDNESDAY, March 21 -- Here was the Republican dilemma today in Raleigh as their newly designed State Board of Elections and Ethics Enforcement (SBEEE) met for the first time. Everyone was expecting total impasse, which is what we got a lot of, at least at first, but rumor had it that Governor Roy Cooper was itching to take any 4-4 board impasse and failure to follow the law to court to prove by definitive example how wrongheaded Republican schemes are. So, on the one hand, while Republicans automatically thwart and overpower the Democratic governor at every opportunity, they could not afford to shut the process down today. Though they wanted to.

Maybe they weren't counting on the strength of Andy Penry. The governor had appointed Penry chair when he appointed all eight. Penry is a Democrat, and as mandated in the Republican law, his service extends only to this July, when a Republican must take the chair and hold it through the elections of 2018.

From the beginning Penry was no nonsense and by the book, quoting the new law to his Republican friends and making them follow it, and showing every indication that he, like the governor, was fully prepared to go to court to have this entire new board thrown out for not being able to act.

The first gambit of the Republicans -- delay nominating anyone. Delay. But Chair Penry, again reading the language of the law the Republicans had passed, pointed out they had only 14 days to nominate the ninth member and have him/her appointed by the governor.  14 days from today, according to statute. Penry said he wouldn't support a delay, and that gambit died.

The most vocal for delay: Republican member John Malachi Lewis, who also happens to be deputy counsel for the North Carolina Republican Party and who otherwise has no visible connection to the legal community nor the community of Mount Pleasant. He makes a motion to recess the meeting for a week and in the meantime take out newspaper advertising for a job opening on the SBEEE.

Lewis jumps in and says he was getting ready to nominate Gerry Cohen himself. What? In fact, Cohen likely knew it, since he had just this week changed his party affiliation from D to U. Did Malcolm know the Republicans had been talking to Cohen? And did Malcolm deliberately call their bluff? Democrat Malcolm moved to approve Circosta and Cohen. The Republicans voted no, and the motion failed. Penry is prepared to bang the gavel and adjourn the meeting: "Is there any further business to come before the Board?"

Lewis nominates former Republican Chief Justice of the Supreme Court Burley Mitchell. Mitchell, it comes out, has also recently changed his affiliation from D to U. Lewis has no second nominee, and Penry demands it. Lewis doesn't want to say who else, and Republicans want to vote on one nominee at a time. (No mention of Gerry Cohen at this point. That's odd.) Chair Penry objects to one nominee at a time. Lead counsel to the board, Josh Lawson, says he doesn't believe there is anything barring a process of voting on one nominee at a time. Lewis therefore nominates Burley Mitchell alone. Malcolm slams that door shut: "No motion is going to pass today with only one name" (Melissa Boughten). Penry agrees. "Is there any further business to come before the Board?" He's got that gavel in his hand, ready to bring it down.

Lewis then nominates Burley Mitchell and Gerry Cohen. A 10-minute break is called.

After the break, the Republicans come back with another gambit: Republican Ken Raymond of Winston-Salem wants to put three names in a hat and draw two: Circosta, Mitchell, and Cohen. Motion fails. Penry: "Any further business?"

Then another Republican gambit (are we up to four?): Lewis moves the nomination of Burley Mitchell and Gerry Cohen. Democrats vote no. Motion fails.

Penry for sure is going to adjourn the meeting as a textbook example of inability to take official action, when the Republicans cave. Did they during that ten-minute break give the honor of admitting defeat to member Stacy C. Eggers IV? "In the spirit of bipartisanship," Four calls for a revote on the team of Circosta and Mitchell. All the Republicans fall in line, and the board votes unanimously for Circosta and Mitchell.

Take one guess who Governor Cooper will choose: 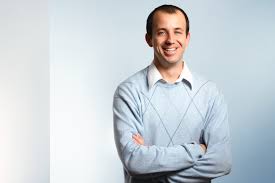 Executive Director and Vice President of the A J Fletcher Foundation. Quoting from that website:

"Damon has been in the nonprofit sector since 2007 and headed AJF since 2012. A native of Arizona, he moved to the Triangle just as quickly as he could and has called North Carolina home since 2005. Previously, Damon led the North Carolina Center for Voter Education, an organization dedicated to improving the electoral process. He is a graduate of the University of Arizona School of Law. He is passionate about surfing, helping nonprofits thrive, his family, and the community he calls home. He is kinda-sorta thinking about a paleo diet and seeking new athletic endeavors now that his knees are asking him to give up the old ones. He vehemently opposes Daylight Savings Time." 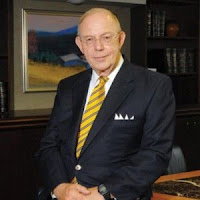 Democrat Burley Mitchell had already served as an associate justice on the NC Supreme Court since 1982 when Governor Jim Hunt appointed him Chief Justice in 1995. He served until his retirement in 1999, after a total of 30 years on the court. In 2011 he was presented with the Liberty Bell Award by the Young Lawyers Division of the North Carolina Bar Association. As a member of the UNC university system's board of trustees, Mitchell angrily demanded a full investigation of bogus classes and automatic good grades given to UNC-Chapel Hill athletes, and he recently came out strongly against the Republican plan to "reorganize" the North Carolina judiciary.  He also presumably and very recently changed his voter registration from D to U.

UPDATE
Republican operative Dallas Woodhouse, executive director of the NC Republican Party, has already announced the Republican "remedy" for what went down today: A constitutional amendment on the ballot in November to fix the SBEEE permanently with four Republicans and four Democrats, the ninth member go hang! Because obviously 4-4 works so well.

The 14-day deadline began on the day the governor appointed the 8 thus expiring on March 30. Seriously no time for any delay. That is, for those who took this seriously.

And why may I ask did the republicans have no true unaffiliated to nominate such that they claim they want two lifelong Democrats who just now 'converted' to unaffiliated? Is it just me or is this the twilight zone?