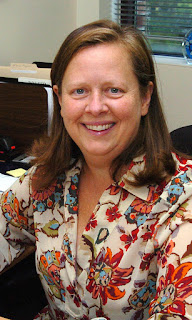 Governor Cooper is suing to have the new board declared an unconstitutional infringement on his authority by the Republican General Assembly, but he decided to make the appointments now because of the upcoming primary elections. "It is important to have a board in place for the time being to administer the upcoming elections,” said the governor's spokesman Ford Porter. Meanwhile, the governor's suit to overturn the law is pending.

Anderson has served a total of ten years on the Watauga County Board of Elections, eight of those as chair before the Republican take-over in 2013. She is a professor of management in the Walker College of Business at Appalachian State University and is only one of two newly appointed board member who is not a lawyer.

Anderson is best known throughout the state as a strong and persistent voting rights advocate. She has been the lead plaintiff in a series of lawsuits which established a constitutional right of students at Appalachian State University to ballot access. The first suit in 2014 led to an order by the Wake Superior Court to open an Early Voting site in the ASU Student Union for the 2014 General Elections. That court order is still in effect.

In that Superior Court decision, Judge Donald Stephens ruled that actions by the Republican majority on the Watauga County Board of Elections (Luke Eggers and Bill Aceto) to discourage student voting was an unconstitutional infringement on their rights.

Anderson was personally targeted by Anne Marie Yates, chair of the Watauga Republican Party, who sued AppState for the production of all of Professor Anderson's emails. "This is pure harassment and a useless fishing expedition," Anderson said at the time. ASU produced her work-related emails, and the issue died.

Anderson and seven other newly appointed board members -- four Democrats total and four Republicans -- will be sworn in immediately and are madated by the contested Republican law to send two nominees to the governor for a 9th member, an unaffiliated voter, within 14 days. The full board will immediately begin appointing members of county elections boards and hearing protests and petitions from the counties.