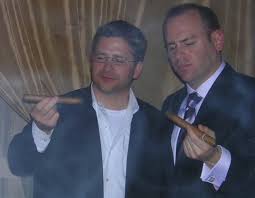 Congressman Patrick McHenry, that roller of big cigars, has a Democratic opponent in 2018 -- David Wilson Brown -- who'll be contesting him for the right to represent the 10th Congressional District in Congress. McHenry's district got gerrymandered after 2010 to split liberal Asheville up and move most of it out of Mark Meadows' 11th District into McHenry's otherwise solidly Republican 10th. The map reveals the cynical reach of those Republican calculations to dilute the power of Asheville (see below).

McHenry was first elected in 2004 (in the same freshman class as Madam Virginia Foxx). He was a freshman in every sense, at the time the youngest member of that body (29), and he fashioned himself as a conservative bomb-thrower. He even signed on to "birtherism" and enjoyed bashing the feminine in Nancy Pelosi. (Real men don't eat Pelosi.) He rose fast as a deputy whip and is now acting majority whip. With Paul Ryan seemingly teetering on the edge of premature retirement, McHenry's name has even surfaced as a potential rival for Speaker of the House.

McHenry, who is maybe a little squishy and can be made to blink, has been feeling the heat from his most conservative constituents (because McHenry doesn't come from the same jug of right-wing paint stripper as, say, Virginia Foxx, and he's certainly not as crazy as Freedom Caucus leader Mark Meadows, who used to represent Asheville):


At an event in Hickory, constituent Robbie Varney asked the congressman if he would resign, given that Congress had yet to repeal and replace the Affordable Care Act or begin construction on President Donald Trump’s proposed border wall with Mexico. McHenry deflected – and said he would not resign.

Deflection. He's good at deflection. But that kind of hostility from his base has got to rattle him.

He's a big "get" for the payday-lending industry and promotes their well being. He's grown rich in office and well fed, but has also developed an Achilles heel that comes from getting rich and fat: He feels entitled. He's never had a close election, and he hardly bothers with campaigning, and town halls like that one in Hickory have maybe made him more of a Virginia Foxx type representative, avoiding public exposure to criticism. This year might not be the year to act entitled.

Democrat David Wilson Brown was a 1990s graduate of AppState, majoring in poly sci (he did a Washington internship with then Republican Congresswoman Sue Myrick). He works now in the information technology industry. He's 43 with a wife and two kids, a boy and girl, 10 and 6, and they live in McAdenville ("Christmas Town, USA"), east of Gastonia on I-85. He grew up in Charlotte.

He's also a realist and knows what a long-shot he is to beat McHenry, but Brown is animated by the same dramatic spirit of resistance that has surged through so much of America in the Age of Trump. "I can’t sit on the sidelines and do nothing,” he told Michael Barrett of the Gaston Gazette.

He's particularly offended by the way the Republican use "the common man" as a mere prop for "making their end goals .... They use the politics of fear to keep people from getting ahead." Brown needs to focus on McHenry's enabling of the payday lenders, who rip off the common man and the little guy and the working class like smash-and-grab burglars. “When I look at the things Republicans are voting on again and again, they are against working class people who are just trying to get by,” he said.

“I think we’re at a turning point in this next election where people are going to wake up and see that Republicans have used these fringe issues, that don’t affect people’s daily lives, to make voters think they care about what’s best for them.”