House Speaker Tim Moore: "When I Sits, I Sits Loose" 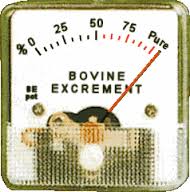 Love that guy's way with words!

Critics everywhere were moving much quicker to point out that it took the General Assembly, with Mr. Moore leading one chamber of it, about 12 hours to build that thing called HB2, ram it through committees in both chambers, run it through "floor debate," pass it, and send it off to Governor Squishy who hurriedly signed it.

But under threat by the U.S. Department of Justice of legal action for violations of civil rights, Mr. Moore is now Mr. Slow Deliberation, mainly because he, Senate Boss Phil Berger, and Governor Squishy have their joint slogan position straight, that poor little "state's rights" are valiantly standing up to "Federal overreach," that Southern Republicans will fight Obama's tyranny, come what may, that you can't force good Christians to go against the Word of God, which somewhere (maybe Leviticus?) says it's righteous to persecute those going under the heading of LGBT.

Yeah, that'll rally the yahoos and win the fall election.

Or maybe not, when the North Carolina educational system, from kindergarten to universities, lose over $4 billion in Federal funding.

Heck of a job, Timmy!