Pay-to-Play Is a Hard Habit To Break 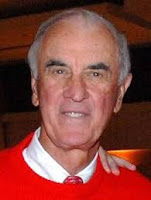 Mr. Graeme Keith Sr., who's been in the news a lot lately for getting the governor to intervene for him in a contract renewal -- I've donated to your campaign, and now it's time for me to get something in return -- also had great good fortune after contributing over $30,000 to former Mecklenburg County Sheriff Jim Pendergraph. Keith, in fact, got his very first prison maintenance contract from Sheriff Pendergraph -- a no-bid contract, at that -- which is now worth some $7 million a year.

That's a lot of sweeping, presumably, but also a very good return on the investment. (And incidentally, McCrory went cheap. Pendergraph, not so much. He also got another $86,000 out of Keith for "consulting services.")


"The decision to award the contract without competitive bidding was not in the best interest of taxpayers, according to contracting expert Paul Light. Seeking bids from competing companies helps ensure that the public gets the best possible deal, experts say....

"The two sheriffs who succeeded Pendergraph – Chipp Bailey and Irwin Carmichael – have kept the contract in place. Those sheriffs also got campaign contributions from officials with The Keith Corp."

Posted by J.W. Williamson at 11/22/2015 11:08:00 AM
Email ThisBlogThis!Share to TwitterShare to FacebookShare to Pinterest
Labels: Graeme Keith Sr., Jim Pendergraph