North Carolina Gets a "D" Grade for Openness, Honesty in Government 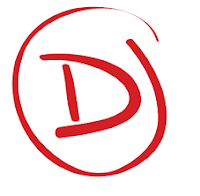 North Carolina government got an overall grade of "D" on the 2015 State Integrity Investigation, "a data-driven assessment of state government by the Center for Public Integrity and Global Integrity."

Our state government -- particularly Governor McCrory's office -- is fighting lawsuits from multiple media outlets for failing to turn over public records in a timely manner -- and as provided for by state law.

The report points out that the State Board of Elections (SBOE) "is years behind in auditing campaign finance reports. That means it could be months or years before a violation, such as a candidate spending campaign funds for personal use, is discovered."

For example, just this past summer the SBOE "called Sen. Fletcher Hartsell, R-Cabarrus, on the carpet for inappropriate expenditures of campaign funds on personal expenses. The inquiry marked the first time a full audit had ever been done of his campaign committee, despite his serving more than two decades in office. A pair of state laws require the State Board of Elections to give each report filed a once-over within 30 days and a complete audit within four months." But that's not happening.

Most alarming, perhaps (considering the recent arrest of a Superior Court judge for attempting to bribe an FBI agent), in 2013, "the Republican-controlled legislature limited the power of the State Judicial Standards Commission to discipline judges."

That 2013 bill stripped the Judicial Standards Commission of its authority to issue public reprimands and placed all forms of public discipline in the hands of the North Carolina Supreme Court. All disciplinary hearings are now private, and case records are confidential unless the Supreme Court decides to take disciplinary action.

Secrecy is always the fertilizer for corruption.

Some of the lack of openness is the result of budget cuts, a specialty of our Republican General Assembly. And isn't it nice for them that saving government money coincides so nicely with blocking public access to what they're doing behind the scenes?

and of course it was only an oversight that you forgot to mention that only 3 states scored C or better and that NC placed 18th of the 50 states.

Yep! Old Judge Jones got hisself arrested for bribery. That's what we get for electing Democrats to the bench!

You're certainly free to feel good about NC's standing and "grade" for openness, compared to other states, but I do not. Haven't you heard that comparisons are odorous? Also beside the point when your own government is an enabler of official secrecy.

The Collaborative Laboratory for Environmental Analysis and Remediation (UTA-CLEAR) is offering a free Science of Drilling Webinar December 2, 2015 @ 12pm EST.