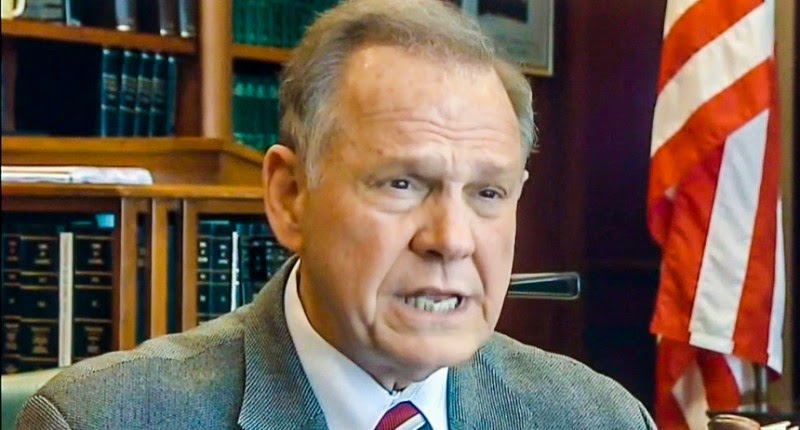 Alabama Supreme Court Chief Justice Roy Moore said this week that “men and their daughters or women and their sons” would want to get married next if gay people were granted equal marriage rights.

On the Sunday before a federal judge ruled that Alabama must begin issuing same-sex marriage licenses, Moore had ordered the state’s probate judges to refuse licenses to gay couples, a move that was compared to Gov. George Wallace blocking desegregation in the 1960s.

Although some same-sex marriages were performed in Alabama on Monday, more than 50 state judges followed Moore’s advice.

Posted by J.W. Williamson at 2/10/2015 11:03:00 AM
Email ThisBlogThis!Share to TwitterShare to FacebookShare to Pinterest
Labels: Alabama, gay marriage, Roy Moore