Power and Powerlessness and the NC GOP 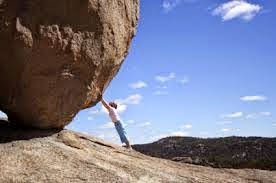 Politics in North Carolina right now -- if you have any progressive leanings at all, or even moderate leanings -- just suck ass. Public education, starved; the door slammed on the unemployed; a loud "eff off!" to at least 200,000, and probably many more, who would benefit from health insurance provided through Medicaid. The state's natural resources -- air, water, native scenery -- betrayed to high-dollar industries that basically don't give a shit.

Not to mention the deliberate hobbling of ballot access in North Carolina, especially for black voters but also especially for college students. Everyone was talking about photo voter i.d. requirements and how they would disproportionately impact the poor and the black. But the most transparent and little-talked-about voter disenfranchisement was the provision that will disallow college-issued photo i.d.s. and most out-of-state driver's licenses. That deliberate targeting of college students is in a subsection of the deceptively named "ACT TO RESTORE CONFIDENCE IN GOVERNMENT BY ESTABLISHING THE VOTER INFORMATION VERIFICATION ACT" (H589), passed by the Republicans and signed by Gov. McCrory in 2013.

Another little noted provision in H589 targets college students in another way. The new rule says that if you are a legitimately registered voter, even a legitimately registered voter who has voted in prior elections, and if you walk into your polling place on election day, and it turns out to be the wrong polling place because you have moved since the last election and forgot to put in a "change of address" -- or were just plain confused about where you're supposed to be -- the new Republican majority in the General Assembly now won't let you vote, even provisionally, in that precinct. No, you have to vote in your assigned precinct -- "does anyone know where the Laurel Fork Baptist Church is?"

Republicans haven't had such unlimited power for a long time. Their first irresistible impulse was to legislate morality, especially the morality of women, most especially young women, but also the moral failures of the young generally, and they see an 18-year-old, first-time voter's confusion as nothing less than a moral failure.

I read on Republican blogs that commenters seem to think that failure to put in a change-of-address form, or to forget, or to simply not know ("where is Mt. Vernon Church?") -- that such "libtards" deserve what they get. College students shouldn't be voting anyway where they go to school because they're not from around here. So much for the democratic principle that every adult in our society should have ballot access, no matter their pedigree, race, or place of residence.

Well, as we know, a lack of knowledge can make you powerless. Being new to a system or a process makes you vulnerable, and the powerful feed on weakness of all kinds.

Power and Powerlessness in Watauga County
As the Watauga GOP has demonstrated through one of its public policy arms, the Watauga Board of Elections, Appalachian State student voters are pretty much powerless. Except when others file a law suit on their behalf, and a senior superior court judge, seconded by the NC Court of Appeals, rules that the State Board of Elections violated the rights of young voters when it approved the obviously suppressive Early Voting plan passed by local BOE Republicans Bill Aceto and Luke Eggers in 2013.

I get why the Republican power structure -- both locally and statewide -- is throwing its weight around. Their own genesis story casts them as God's Chosen People, a despised minority who suffered a hundred years of political banishment and profound powerlessness. Republicans in North Carolina were abused for generations, as Democrats ran the state, top to bottom. Feeling abandoned and powerless, impotent in the face of the powerful, will cause political gastric reflux.

Political gastric reflux. That feeling of powerlessness -- "there's nothing we can do to beat them!" -- can suddenly metastacize into something really toxic when conditions suddenly change. The current crop of Republican leaders, put suddenly in charge of everything following 2010, have turned into their own version of the scourge of God. It's their turn now. They have the upper-hand, and that hand holds a whip.

I get that psychology. And I can dig it. Any political party that stays in complete control, has the power for too long, becomes corrupt. The old Democratic Party was corrupted by men at the top. You remember their names, including at least one recent governor. That corrupt power deserved its comeuppance in 2010.

The new Republican overlords appear to be getting to the same corrupt place in record time. Total power inevitably breeds its own burrowing cabbage worm. Eventually, arrogance will do you in.

Not only did the Watauga GOP manipulate ballot access against college students, they manipulated polling places to move the most populous Boone city precinct far out to the countryside. They targeted the Elections Director Jane Anne Hodges, an acknowledged expert in elections law and an even-handed administrator, for elimination, and after months of harassment and meanness they have finally succeeded in forcing her retirement. They will replace her with a partisan who will not be open and fair. Take that to the bank.

The Republican Chair of the Watauga County Commission, Nathan Miller, sued Kathleen Campbell, the Democratic member of the Watauga BOE, for access to all her emails. The motive: retaliation for the public records requests that outed Republican County Attorney Stacy C. Eggers IV ("Four") as the real puppet-master behind the disenfranchisement plans of the BOE and the discovery that State BOE Republican member Paul Foley had been colluding with Four Eggers in secret.

When the Republican majority on the Watauga County Board of Commissioners discovered that by law they were responsible for paying Kathleen Campbell's legal defense against Nathan Miller's lawsuit, they attempted to foist their pick for attorney off on her, and when she insisted on her own lawyer, they're now refusing to pay her legal bills.

That's the current exercise of power in Watauga County.

I feel strongly for powerless college students as well as for innocent public officials because I know that there's danger in always feeling impotent. It can become a self-fulfilling habit of acquiescing: "Shit! I can't do anything about this, about them, so I just keep my head down, drink beer, and pay no attention to what's happening. I can’t do anything about it, and the end is near at hand anyway.”

Not just acquiesing -- accepting what others demand -- but also falling into quiescence, being too worn out by defeat to even talk back while you're being pounded into submission.

That's the death stinger in the tail of powerlessness. You get used to just taking it, or you develop the armor of not caring because you're "above it all," or you're glued to the meta-reality of mobile devices and have no inkling of what is actually being done to you and, through you, to the future of this society.

WHERE IS THE DEMOCRATIC PARTY? What on earth has happened to its leaders?

GOP gets out the vote. Democrats do not. The party needs to reactivate - soon.

With a new state party chair elected yesterday in Chatham County, the NC Democratic Party will be back. It's been dead for a while with a failure of leadership at the top.

But don't you dare ask "where is the Democratic Party" in Watauga County, because it's most definitely HERE, and has been for a long time.

Yea! We did GREAT! We got an incumbent sheriff and and incumbent county commissioner reelected and watched repub candidates win every other office they ran for!

Seems like you're taking a dim view, J.F.S. Are you forgetting that Democrats also took a full majority on the School Board (no more book censorship, maybe!) and forced poor David Blust into running again next year, a presidential year, which he definitely does not want to do. Considering how Republicans did elsewhere, the local Democratic party more than held its own.

"high dollar industries that basically don't give a shit"

Yes, Henerey. We should all take pride in holding the Repubs to only a first and a thrid place finish in the three county commission races. We also deserve to brag for only losing 2 of the 3 non partisan school board races. Of course, the Repubs only ran 2 candidates but we did, in fact, win the race where they didn't run anyone.

As for the state Party, it has had years of incompetent "leadership". I look forward to seeing what Patsy Keever brings to the table.

JW, I salute you for having the stomach to read conservative blogs. Every time I happen upon one, I feel the need to bathe.