What the New NC Budget Is Really All About 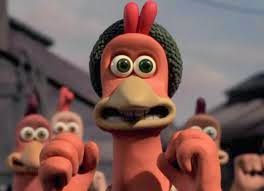 This is a budget drawn up by panicked legislators on the eve of midterm elections. That’s reflected in the rush to do something for teachers by cutting of health and welfare benefits for poor people who don’t have much of a voice in elections. The budget reduces subsidized child care for the poor and cuts Medicaid payments to hospitals....

The budget was built around one overwhelming political goal for lawmakers seeking re-election and especially for House Speaker Thom Tillis, who will face a statewide electorate as the GOP’s nominee for U.S. Senate. That goal was to approve a pay raise for the state’s 95,000 public school teachers. With teacher pay near the lowest in the nation, Republicans dreaded going before voters without having addressed the problem.

The goal was accomplished, at least for the purposes of campaign claims. Senate President Pro Tem Phil Berger was hailing the budget’s inclusion of a teacher raise averaging 7 percent as “the largest teacher pay raise in state history.”

Tillis joined in declaring it a major step forward. “It’s the most significant positive message we’ve made to education in decades,” he said. “We worked hard to make sure we could deliver the promises we made.”
But that Republican claim comes with serious caveats. For one, the percentage is reached by folding funds used for longevity pay – a year-end bonus for veteran teachers based on time of service – into the overall raise package. If a teacher gets a 7 percent raise but loses a 3.2 percent longevity payment, it’s not a 7 percent raise. And teachers lose longevity pay for good, while all other state employees retain the benefit.
Finally, most of the boost goes to the newest and lowest-paid teachers while veteran teachers gain little, and the pay scale tops out at $50,000 – $3,000 less than the current schedule.
When it comes to math, teachers are a tough group to fool. Most will see this raise for what it is: a grudging and belated pay increase inflated by shifting benefits and dressed up as a campaign talking point. Mark Jewell, a vice president with the N.C. Association of Educators, said, “From what we’re hearing from educators across the state, they are livid about this salary proposal.”
Beyond the smoke and mirrors aspects, there’s also a serious issue about how the pay increase will be sustained. The $282 million cost of the raise is supported in part by extra money from the lottery and one-time sources – reserve funds and federal grants. With the GOP’s excessive tax cuts projected to cost the state $700 million this year and a total of $5.3 billion over five years – $800 million more than originally projected – it’s not assured the state will be able to afford the raise next year, let alone increase it to lift North Carolina salaries from embarrassing to attractive.
Some of the best aspects of the state budget are what it didn’t do to teachers. It dropped the Senate proposal to take away teacher tenure – the basic right to due process in firing situations – and it didn’t go forward with the Senate’s plan to support a bigger teacher raise by eliminating 7,400 teacher assistants....
Gov. Pat McCrory, who said the budget bill reflects his priorities, said he will sign it.

This is NOT the biggest raise ever. That is simply a bald-faced lie by men who lie all the time (what college did Thom Tillis attend? He felt compelled to lie about it.)

Another problem - the new NCGOP pay scale codifies raises into rare events, something that happens once every five years. This once-every-five-year raise removes the annual longevity pay - it's built into this year's raise and that's it. A teacher who starts today will see four raises in 20 years. There is really no reason for talented teachers to come to NC to teach. This is not an environment on which to build a teaching career. This is a huge loss for the children of the state of North Carolina, and it bodes ill for the future of the state.

I hope that voters understand the lies NCGOP continually spreads. And I hope that people vote these uncaring, anti-family liars out of office. That's the only thing these power-hungry zealots understand-the power of the voter - which is why they've worked hard on gerrymandering and voter suppression.

In terms of total budgeted dollars, it is the largest teacher pay raise in NC ever.

You assume that the General Assembly will not budget any more teacher pay raises and thus the only way a teacher can get a raise is to move up into the next five year step. But there will always be irresistible pressure to budget for pay raises. Maybe not next year, but sooner rather than later.

So your analysis is totally misleading and disingenuous.