Sauce for the Gander 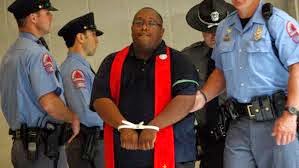 Toward the end of June, the U.S. Supreme Court unanimously ruled that "no-protest" zones around abortion clinics in Massachusetts were unconstitutional infringements of free speech (McCullen v. Coakley).

"In trying to compare the actions in North Carolina to the Massachusetts case, defense attorneys contend the [General Assembly police] chief let demonstrators come into a zone inside the Legislative Building and exercise free speech and then declared the area a no-speech zone.

"Such action violates free speech rights, the attorneys argued in trial after trial before the U.S. justices issued their ruling."