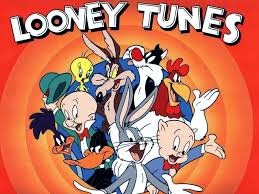 The North Carolina Senate Republicans, under the thumb of their powerful President Pro-Tem Phil Berger, have rushed through a pro-fracking bill that ought to scare every sentient being in our state, let alone those of us who depend upon well water.

One particularly lovely provision in the Senate bill: North Carolina would become the only state in the union that would get you charged with an effing felony if you disclosed the chemical composition of the witch's brew being pumped down into the bedrock to fracture it and thus release the natural gas for harvest.

See ... here's how it works: You pump a bunch of shit mixed with water down into a hole you've drilled in bedrock, and the shit splits the rock, and the shit also runs through those cracks and impregnates all the water it can reach, which -- hey! -- is just the cost of doing business, so get over it, you effing tree-huggers!

And that scenario doesn't even begin to address another major issue: The Senate bill will mandate that a gas-drilling company can come under your land and extract the gas there without your effing permission. So much for those Sacred Property Rights that Republicans are always supposedly upholding. They're currently (and forever) upholding The Almighty Dollar.

Yes, Senator Dan Soucek is right there, voting as he's told, voting against the health and safety of his peeps.

But in advance of getting charged with a felony, here's a list of the most common and the most toxic, not to mention the most carcinogenic chemicals used in fracking:

Tonight's news says the bill that passed dropped the penalty for disclosure of ingredients from a felony to a misdemeanor. Still bad. This whole fast tracking of fracking is scary. Does anyone have access to a geological map of NC that shows the most likely exploration/drilling sites for natural gas? Might be interesting to post such a map for the public to see.

This couple is fighting fracking near Naples and the Everglades...we need to know where these frackers threaten, which parts of our beautiful state are under attack, and which aquifers and waterways stand to be damaged.
http://truth-out.org/news/item/23896-the-florida-everglades-a-new-frontline-for-fracking

Map where potential fields for fracking are in NC: http://portal.ncdenr.org/web/guest/geologic-assessment
Ironically, some of the most likely areas are virtually in Raleigh's back yard.