An Independent Strikes Back 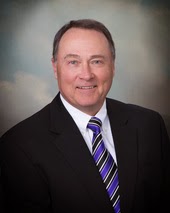 An independent candidate, Michael Lentz, is trying to get on the ballot in Wilkes and Alleghany counties (NC House District 94) to run against Republican Jeffrey Elmore, who is otherwise unchallenged for reelection. Lentz needs 1,800 signatures of Wilkes/Alleghany registered voters to make the ballot.

In his roll-out email, Lentz said:


While I have long shared the progressive stances of moderates in both the Democratic and Republican parties, the recent tendency toward extremism and downright incompetence on the part of the spokespersons of both factions in North Carolina has led me to declare my independence of both formal party structures. I offer myself to the voters of the 94th District as an Independent dedicated to a common sense approach to addressing the problems facing the common people of our district and North Carolina.

It's going to be a steep hill to climb, getting those 1,800 signatures, and an even steeper hill if he actually gets on the ballot to overtake Elmore, who's been a safe Republican cog in the Raleigh conservative machine. But we can dream, can't we?

Lentz stakes out positions that will make him anathema to the Republican right-wing base:

I believe in a nonpartisan common sense approach to government that improves the lives of the people and communities in the 94th District. I want to promote respect for our professional educators, a fair system of taxation, protect our beautiful natural resources and seek health care for all citizens.

Posted by J.W. Williamson at 5/14/2014 08:36:00 AM
Email ThisBlogThis!Share to TwitterShare to FacebookShare to Pinterest
Labels: Jeffrey Elmore, Michael Lentz

Don't get me wrong, I am all for Independent candidates who aren't beholden to one party or the other, but I also can't stand the false equivalency: "extremists" on both sides?? There are extremists on one side, yes, who have been elected to government and are ruining the country. Who are the extremists on the left? There is simply no comparison.

A top-notch human being! He would be a rare and exceptional public servant in that he actually has business sense, common sense and he truly cares about people. He'd have my signature if I lived in Wilkes. I hope folks will spread the word about a deserving candidate who won't be beholden to dark money but will be to fellow citizens.

@DooDah--When Dems won't run for office it's nice to know there are independents willing to step up and fight against extremism. So they have to present themselves as against extremisn on both ends. Agreed, the true extremism is from the Right. But hey, no one from the Democratic party was willing to present him/herself for office in NC 94, so more power to this guy.

Oh I agree with you - I think that everyone running for office should have an opponent. Democrats make me mad sometimes with their fecklessness. Even if there's no hope of winning a seat, the Republican candidate needs an opponent to "keep them honest" so to speak. In fact, when there's practically no hope of winning, that's when the opposing candidate can say what they really feel without having to parse every single word and appear as squishy. People respect someone who sticks to their convictions, instead of trying to be all things to all people.