Voter Fraud and the GOP Self-Image 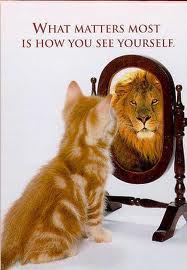 Rumors abound, as only rumors can in NC, that the Repubs in the General Assembly intend to bring back the Gov. Perdue-vetoed "voter photo ID" bill for possible override because maybe there's another Democratic goober or two who can be seduced or because maybe there'll be another Dem House member on life-support in the hospital or because you can never commit just one Midnight Shenanigan without immediately jonesing for another one.

Plus, you know, it's part of the Republican belief system that there's massive fraud by Democrats during every election, particularly with all those windowless 18-wheelers trucking in all those illegal immigrants to your local precinct to vote for godless, communist, gay baby seal-huggers.

Horse feathers. Voter fraud of the sort that a voter photo ID would squelch is rarer than getting attacked by a python on a golf course. Reality in that matter, though, is hardly on a par with cherished fantasy, especially a fantasy that helps rationalize through racial stereotyping why Republicans sometimes lose elections resoundingly.

What isn't fantasy, what is reality, is that the most notorious case of voter fraud currently in the nation, a case tried and convicted and now sentenced in a court of law, was committed by a Republican and not only any Republican but by a Republican office-holder.

JW go over to Madison County and participate in an election. Then I will have an open discussion with you about voter ID and elections. You know the last time 1000 votes were discovered over night and the winner in a judgeship changed. The Republican Party in Madison County has a metal voter box found in the French Broad River full of ballots. Do you approve of shit like this?