What Kind of Christian Is Franklin Graham? 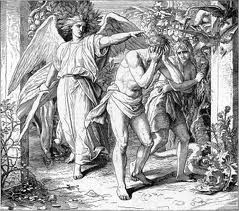 It's a pure mystification what he was actually saying, but in this particular instance the word "seed" would appear to be a synonym for "taint," as in "Taint no doubt that Obama ain't one of us."

There are echoes here of the "mark of Cain," the clear suggestion being that somewhere on Obama's carcass is a little crescent moon, embroidered in blood, and probably a scimitar too.

This is pure 19th century American racism, resurrecting itself by the intervention of the Hand of the Lord, which hath given unto the Reverend Graham the ability to trace the invisible "seed" and the curse of Cain (which any Old South preacher in approximately 1850 could confidently tell you was the black skin color of African slaves, which both explained their station in life and also conveniently justified that enslavement).

If The Very Righteous, Quite Extraordinary Reverend Graham can recognize "seeds" at 20 paces, he might catch a glimpse of the noxious ragweed in his own soul.
Posted by J.W. Williamson at 8/21/2010 02:34:00 PM
Email ThisBlogThis!Share to TwitterShare to FacebookShare to Pinterest
Labels: Barack Obama, Franklin Graham

I think Franklin, himself, is the "Bad Seed."

The Graham family lives a very well-heeled life. They have multiple residences, all the luxuries anyone can want, the finest health care, and access to all the rich and powerful people. In what way do they represent the poor carpenter who said " If thou wilt be perfect, go and sell that thou hast, and give to the poor, and thou shalt have treasure in heaven: and come and follow me."?

Franklin is a racist, even if he denies it and calls it religion. My humble opinion of course!

Bigotry is terrible, whether religious or racial. Franklin Graham, who (speaking of seeds) sowed his share of wild oats while an ASU student, has lately made himself a spokesperson for political perspectives that reach a new level of virulence and even falsehood. His father hewed to a conservative agenda too and sucked up to a lot of powerful GOP leaders like Nixon, but the political climate then was far more moderate than today. Billy always insisted that his "Crusades" be completely integrated, for example, which horrified a lot of Southerners in the 50s and 60s, but he could not bring himself to condemn the Vietnam war, about which his hero Nixon blatantly lied to the American people. Still the apple has not fallen far from the tree, or perhaps it is that the sins of the father are bearing fruit in the son.....

It? Internet News: How Reliable Is It?

Internet news, is it reliable? The problem with Internet news (or e-news) is that there is no editor for “check & balance” reporting. There is no filter for accuracy. And, as a result, misinformation and disinformation (under the cloak of e-news) is disseminated. For example, the country is at this moment experiencing a nervous breakdown from the Net in its’ spreading of fear and disinformation (amplified in the poisonous echo chambers of TV and Radio talk) over the building of an Islamic Learning Center near the site of 9-11 in New York. The unruly talk has created a state of national anger and suspicion toward Muslim Americans. The “talk-news” confuses the uninformed, and makes them easy prey to fear mongering. The Islam phobia that e-news has created has reached a point that even the President of the United States cannot navigate the country through this tunnel of lunacy.

To add fuel to the fire, the likes of Glenn Beck and Rush Limbaugh, and others, have stoked the fires of Islam phobia by mocking the President as America’s first Muslim president. [By the way, what if President Obama is a Muslim (which he isn’t), but what if he is? Is he thus disqualified from the office of president? And if he is disqualified because he is a Muslim, where do the Limbaugh’s and Becks and the Right-Wing crackpots draw the line? Are Baptists or Methodists or Catholics too, disqualified from serving as President of the United States?]

As a result of the misinformation “news” being spread over the Net, (particularly in the case of Islam phobia), this country is heading down the slippery slope of no return. Consider for example the comments of Right-Wing evangelist Franklin Graham. He told CNN’s John King: “I think the president’s problem is that he was born a Muslim. His father was a Muslim. The seed of Islam is passed through the father, like the seed of Judaism is passed through the mother.” Graham added: “The teaching of Islam is to hate the Jew, to hate the Christian, to kill them. Their goal is world domination.” Now that’s a hatchet-job of character assassination that is absolutely inexcusable. His words have no redeeming value and his comments tend to add distrust and a lack of confidence among a people that already have unbounded pent-up anger toward “others” that appear different from them. Its comments like Graham that inspires militants to take to the streets with guns, knives, explosives, and gas filled cocktails. Someone wrote that The Lie is the most ancient offspring of time that it’s so deceiving that when The Truth is discovered; it comes in like a night intruder. It is the opinion of this writer that the misinformation and disinformation “talk” being spread over the Net is so misdirected in matters of The Truth that it befogs the most innocent seeker of truth.

Clearly, the aim of the Net material that I’m referring in this article is sinister. It is intended to awaken the most evil prejudices of our generation, (an evil seed first planted in our U.S. Constitution with respect to the institution of slavery).

Wonder if Muslim aid groups put the Koran in their aid packages, no matter the generic religion of the area? I will believe FG is really a Christan the day I see him hanging from a cross. Anyone, other than me, ever wonder why he's so against Progressives (who are so much closer to biblical teachings) than the "Conservatives?" $$$$$$$$$$$$$

JW - you hate it when someone like Franklin Graham is right, don't you?

Brilliant riposte anon. On a par with such classics as "I know you are but what am I", and "nanny nanny boo boo".
(Sorry for the sarcasm which I try to eschew. It just needed to be said."

Brushfire - I am not sure what you think needed to be said because you basically said nothing at all.

Brushfire:
You see, when criticized, Anon likes to make believe you said nothing.
Brushfire was saying that Anon's posts are childish. Simple enough.

I see I got cut once again - twice in two weeks. Classic - others can spew their hatred but if you don't agree with it, it does not get posted. I guess it's easy to post stuff as "truthful" when you go unchecked.


"Come, thick night,
And pall thee in the dunnest smoke of hell,
That my keen knife see not the wound it makes" - W.S.